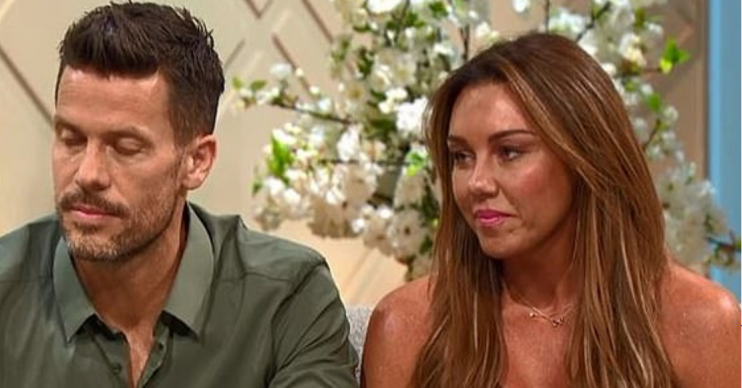 Michelle Heaton berated by viewers for ‘milking’ her menopause on Lorraine

Liberty X star was on the show with her husband

Michelle Heaton made an emotional appearance on Lorraine this morning, talking about her early menopause.

The former Celebrity Big Brother star, 39, turned up on the ITV show with her husband of nine years, Hugh Hanley, to discuss her struggles, which she says began four years ago after she had her ovaries removed.

Michelle made the decision to have the surgery after being told that she had a mutated BRCA2 gene, which meant that she had a 30 per cent chance of developing ovarian cancer.

However, rather than get sympathy from viewers, a number of people took to Twitter to berate Michelle, and the show, for “milking” her situation.

Michelle, who made her name as a singer with the pop group Liberty X, has spoken openly about her menopause on several occasions, and she told Lorraine that it left her feeling isolated.

“It’s hard to bring it up with my girlfriends, as it’s a downer. It’s upsetting for my mum, as she didn’t expect me to go through it so early. It kills me to know my children see when I get erratic.”

And Hugh admitted to Lorraine Kelly that his wife’s response to the menopause had caused him to have doubts.

He said: “[Michelle] struggled to accept it, and at times she threw that rejection back to me. It made me question our relationship.

“It’s very hard on your partner, so you need to man up and be supportive.

“I have to see when she’s in those moments, that isn’t her, the moments will pass. It’s hard to watch. Sometimes, I used to worry [about] leaving her alone with the kids.”

Joined by her husband @hughhanley, @wonderwomanshel shares the emotional struggles she's experienced going through an early menopause and the strain it's put on her family.
'What kills us most is the kids seeing those moments…They shouldn't have to see that.'#Lorraine pic.twitter.com/ZV2q6RVQAQ

But a number of viewers poured scorn on the interview, claiming they’d heard it all before.

One tweeted: “Hearing Michelle Heaton’s story again for the millionth time – I’m sorry but thousands of women have gone through that and more, and don’t wallow in self-pity like she does.”

A third scoffed: “Discussing Michelle Heaton’s menopause YET AGAIN #lorraine. She really is milking it for all it’s worth.”

And a fourth viewer chipped in: “She’s made a career out of the menopause, and now she’s dragged her hubby into it. No wonder it’s put a strain on their marriage if that’s all she talks about.”

But not everyone was scathing about Michelle’s appearance – some were full of praise for it.

One viewer tweeted: “Just caught up on Lorraine, 2 hear someone sum up how you’ve been feeling so succinctly. Thank you Michelle Heaton!”

Another wrote: “#lorraine thank you for raising the early menopause and its terrible struggles today. We need to voice this issue more and more.”

Michelle underwent a double mastectomy in 2012, and also had breast reconstructive surgery as the mutated gene meant that she had an 80 per cent chance of developing breast cancer.

Despite this, she gave birth to her and Hugh’s second child in February 2014.