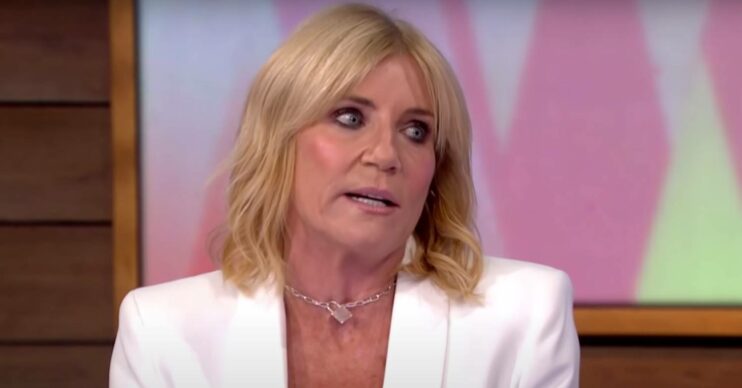 She regrets how she treated her mum, however

Michelle Collins has cemented her position as a soap legend with roles in two separate iconic British series.

For that unforgettable part alone she will always be known as an Albert Square legend.

But Michelle did of course also appear in ITV’s top soap Coronation Street for three years from 2011.

However, Michelle – who appears on Garraway’s Good Stuff this weekend – has previously suggested she owes her acting career, in part, to a terrible incident.

She opened up in October 2016 about how the death of her best friend as a teenager affected her – and indirectly set her on a path to stardom.

Michelle Collins on the death of her best friend

Speaking with the Huffington Post, Michelle was asked about advice she would give herself aged 13.

Michelle replied by saying she didn’t remember much of that period of her life.

It was very difficult to deal with grief.

However, she did admit that a couple of years after, around the age of 16, she became a “bit of a rebel”.

She put how her life “started to go a little bit wrong” at that time down to a pal passing away.

Michelle admitted that at the time she struggled to process the loss.

She said: “It was very difficult to deal with grief and I completely rebelled and became a punk, and was awful to my mum.

“So I would tell my 15-year-old self to talk to people more and not shut yourself off. I became a bit of a loner and decided I hated the world.”

Nonetheless, by the time of the interview, Michelle had come to regard her reactions as helping shape her future.

Michelle continued: “But I suppose I had to do that, and in a sense, it helped me to decide I wanted to be an actor, as it gave me the chance to be somebody else.”

Garraway’s Good Stuff airs on ITV on Saturday June 18 at 8.30am.