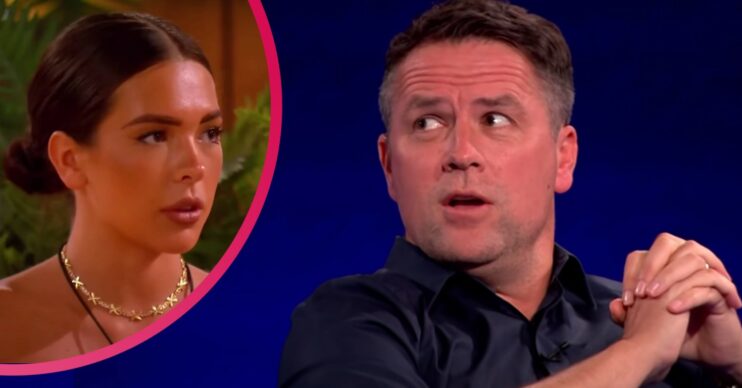 Love Island Gemma's dad opened up in his 2019 autobiography

Michael Owen, ex footballer and dad of Love Island contestant Gemma, has previously admitted he was “hard” on his wife.

The former England striker reflected on how the bond between Louise and Gemma had affected him in his 2019 autobiography.

Now 42, Michael revealed at the time how he sought therapy after retiring from football. He indicated he did so because he was “standing at a figurative cliff edge”.

According to Michael, he found himself being “intentionally” tough to Louise about matters he knew would “push her buttons”.

And this included the relationship between his wife, who he married in 2005, and their eldest child, born in 2003.

Writing in his memoir Reboot, dad-of-four Michael opened up about seeking professional help.

He admitted he was “really hard” when it came to certain subjects.

However, Michael maintained his feelings were not illustrative of how he regarded his wife or Gemma.

But he acknowledged that Louise – with whom he also shares son James and daughters Emily and Jessica – would be a target for his emotions.

‘I’d take everything out on Louise’

Michael said in his autobiography: “For years, because of my own inner demons, I was intentionally really hard on Louise about subjects that I knew would push her buttons most — not least her close relationship with our daughter Gemma.

“Let me be very clear and say that none of this was in any way a reflection on how I felt about either Gemma or Louise. I love them both with all of me.

It wasn’t even true.

“I’d take everything out on Louise, though. I’d accuse her of spending all her time with her eldest and ignoring the other kids. It wasn’t even true.”

He joked about ‘throwing something at his TV’ if she is shown kissing on screen.

Michael also defended Gemma following criticism of a 19-year-old being part of dating show by insisting she is mature for her age.