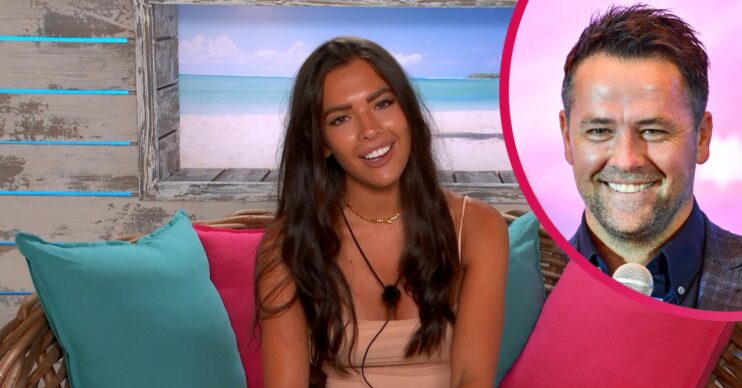 Michael Owen stands up for his daughter Gemma

Michael Owen hit back at a comment about his daughter Gemma Owen on Love Island.

However, her involvement with the series prompted a tweet from Glasgow City FC football coach, Paul Proud.

Michael Owen hits back at tweet about his daughter Gemma

However, Gemma’s appearance on the show has sparked many crude responses on Twitter.

This includes Paul Proud of Glasgow City FC, who made a comment about Gemma on Love Island.

The under 18 women’s football coach said in a now-deleted tweet: “Can’t wait to see her getting smashed.”

The former England star shot back with: “What a fine example to set from a man in your responsible position.”

Paul told The Sun: “My account has been deleted and I have resigned from my position with immediate effect so there is no story to run.”

He also claimed the post was written ‘in jest’ and ‘taken out of context’ but he ultimately took the ‘correct action’ and removed himself from the club.

ED! has contacted reps for Glasgow City FC for comment.

Michael has previously opened up about his concerns for his daughter Gemma’s appearance on the dating show.

He told the Daily Mail: “No father wants to see physical contact, do they? I certainly don’t.

“If there is physical contact I think I’ll be throwing something at the screen. I don’t want to see kissing. Do not make me see kissing.”