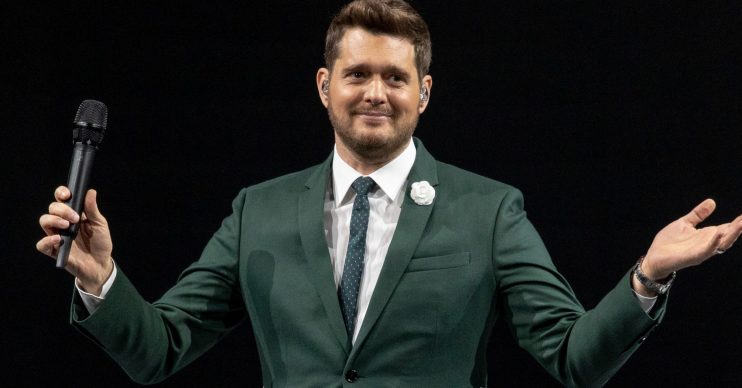 Stars In Their Eyes: Michael Bublé reportedly in talks to feature on revamped show

TV bosses want him on the show

Singer Michael Bublé is reportedly in talks to become a judge on the revamped version of Stars In Their Eyes.

The crooner, 44, is said to have been approached by TV producers about potentially starring on the programme.

Read more: Former Stars in Their Eyes host Matthew Kelly ‘unrecognisable’ on The One Show

And bosses are confident about striking a deal with the Haven’t Met You Yet hitmaker, as a source told the Daily Star: “As soon as it was decided the show was coming back with a celebrity judging panel, Michael was mentioned.

“Producers know he’s massively popular, so they think he’d be perfect. Whenever he’s on chat shows he’s brilliant fun. He’s got a fantastic sense of humour. They know he’d be well-suited to a live show.”

Speaking further, the insider claimed that TV bosses are conscious of the fact they need to bring in a big-name celebrity in order to ensure the success of the relaunched singing competition.

They continued: “The execs know they need big names to make this revival a hit.”

Stars In Their Eyes originally ran from 1990 until 2006 and was presented by Matthew Kelly.

The execs know they need big names to make this revival a hit.

But it’s set to be given a 2020 makeover by TV executives, who are switching up the format so that members of the public will now be impersonating their favourite musical idols on stage in front of a panel of celebrity judges.

A source said previously: “This show is a huge deal for ITV – it’s their offering to take on the BBC’s ‘Strictly Come Dancing’ in the ratings this autumn.

“It’s a new take on ‘Stars In Their Eyes. Members of the public will get dolled up and sing their idols’ songs on stage, just like the old format.
“But this time they’ll be judged by a celebrity panel. The celebrity judges are still being decided on but it’ll be good names.”

It follows revamped versions of a number of classic TV shows, including Ready Steady Cook and Supermarket Sweep.

Are you looking forward to the new series of Stars In Their Eyes? Leave us a comment on our Facebook page @EntertainmentDailyFix and let us know what you think of this story.