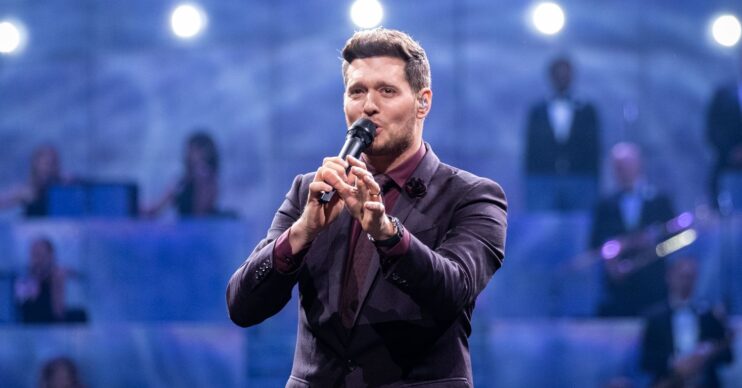 Michael Bublé Christmas in the City: How is his son following childhood cancer battle?

It's mistletoe and Bublé!

The Canadian crooner returns to our screens tonight (December 19) with his festive spectacular Christmas in the City, filmed in New York.

The show celebrates the 10th anniversary of his popular festive album, Christmas, which he recently released a super deluxe edition of.

And the on-screen special promises to be a star-studded affair.

Michael, 46, also duets with his “childhood hero”, Kermit the Frog, to provide some festive fun.

Who is Michael Bublé married to?

The pair met in 2009 when Luisana, 34, appeared in his music video for his popular track Haven’t Met You Yet. They became engaged later that year.

What happened to Michael Bublé’s son?

Away from the spotlight, it’s been a tough few years for dad-of-three Michael. His son Noah was diagnosed with hepatoblastoma, a rare type of liver cancer, in 2016, at the tender age of three.

The hitmaker took a two-year hiatus from music after the devastating diagnosis while his son underwent chemotherapy and radiotherapy.

Miraculously, Noah went on to make a full recovery from the killer disease.

Speaking last month to Kate Garraway on Smooth Radio, Michael said: “It’s been almost five years, but we still have the scans and the ‘scanxiety’, but I think he’s much better than we are.”

“I think for him, he’s this ordinary little boy who knows that he’s a superhero because Dad tells him all the time.”

He also admitted the experience had changed him because it had made him appreciate things and had allowed him to live a “deep life”.