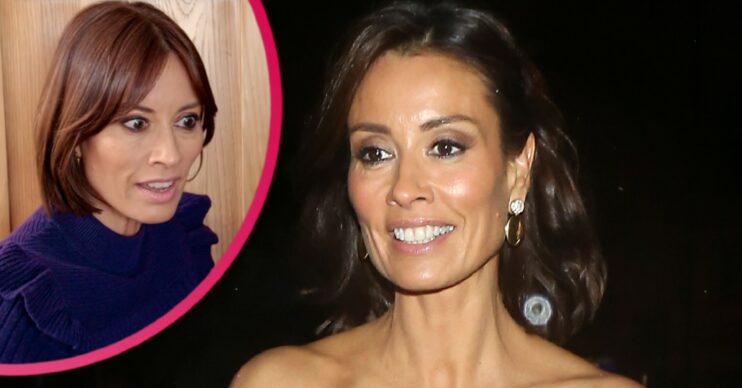 The presenter previously opened up about her autistic son

On the series, the presenting pair help families change the way they shop, without changing their lifestyle.

But Melanie also has children herself, including autistic son Valentino.

What did Melanie Sykes previously say?

Valentino, now 17, started displaying symptoms when he was two-years-old.

In 2014, Melanie opened up about her son’s autism in a bid to raise awareness for the condition.

She appeared on ITV’s Daybreak to speak to hosts Lorraine Kelly and Aled Jones.

At the time, Melanie, 51, shared: “They [people with autism] are very sensitive people. And they are very fun.

“Tino makes me laugh on a daily basis. He has no filter – he just says it how it is. He is a real character, a real joy.”

She went on to explain that her son, who has high-functioning autism, struggles in certain social situations.

The TV star added: “There are issues such as judging from other people. Tino looks like a normal child but if he gets overloaded – if in a restaurant there is too much music, or the clatter of cutlery, he will have to get up and hop about.

“He doesn’t realise. I do try and explain to people.”

Meanwhile, back in 2018, Melanie spoke openly about the struggles of raising Valentino.

There are issues such as judging from other people

Valentino was 13-years-old at the time.

Speaking to The Mirror, the star shared: “He really needs me. Sometimes I think I am doing really well, and sometimes I am just overwhelmed by it.

“Every now and again it will hit me and I will go, ‘Wow, he might never be independent of me’. Which is fine.”

Does Melanie have any other kids?

Yes, Melanie is also a proud mum to son Roman.

The presenter shares her children with ex-husband and actor Daniel Caltagirone.

Read more: Joanna Page announces ‘surprise’ fourth baby, but who is her husband?