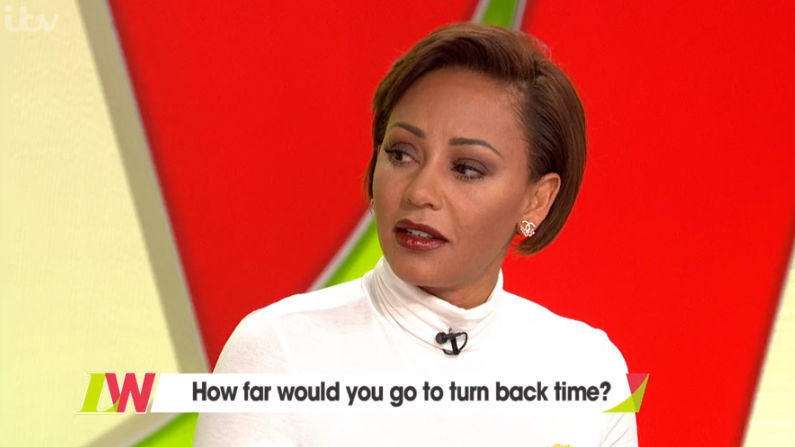 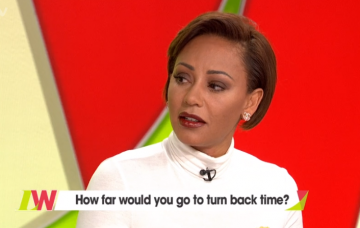 She keeps it at the top of her wardrobe

Mel B has confessed she keeps the surgically removed tattoo tribute to her ex-husband Stephen Belafonte in a jar.

The Spice Girls star had the words “Stephen, till death do us part you own my heart” etched across the flesh on the left side of her body running up her rib cage.

However, following her split and subsequent divorce from Stephen she got her doctor friend to cut his name from her torso.

Mel, 43, admits it seems like a drastic decision but she wanted to remove all trace of her allegedly abusive ex from her person and she now keeps the flesh in a container placed at the top of wardrobe.

Appearing on Loose Women on Tuesday, she revealed: “A lot of my surgery was to do with getting out of my abusive relationship. It was almost like a cleanse. I just wanted to feel fresh and new again and untouched by that person.

“It sounds horrific, but what I went through was so horrific. This one particular tattoo that my ex had forced me to have was ‘Stephen until death do us part, you own my heart.’

“I just thought I can’t go through the pain of getting it lasered so I convinced a doctor to cut it off my body. I’ve saved it in a jar. It’s at the top of my wardrobe. I know it’s there.”

Mel – who required 13 stitches for the wound – compared the tattoo slicing to the experience rape victims go through when they feel the compulsion to wash away any trace of the person who violated them.

The America’s Got Talent judge added: “It’s like if you’re a rape victim the first thing you want to do is get in a bath and wash everything off you. I didn’t want to have any remnants of him on me.”

Mel filed for divorce from Stephen in March 2017 after 10 years of marriage, accusing him of physical and emotional abuse, claims he has always denied.

They divorce was granted in December 2017 with them both sharing custody of their seven-year-old daughter Madison.

Mel also has 19-year-old daughter Phoenix from her relationship with her first husband Jimmy Gulzar and Angel, 11, whom she had with Eddie Murphy.

Have you ever had a tattoo removed? Leave us a comment on our Facebook page @EntertainmentDailyFix and let us know what you think.