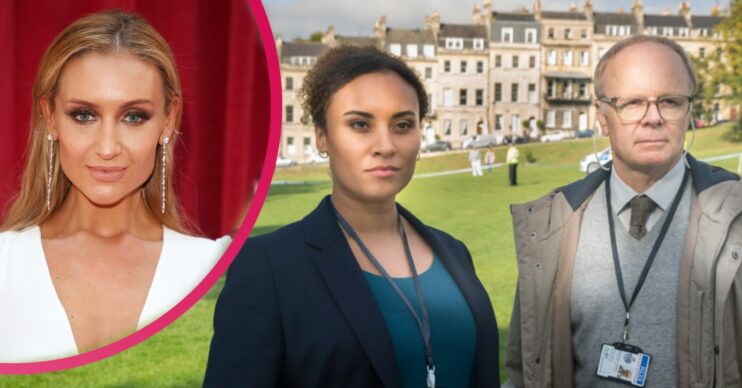 Great news that it's coming back!

So what’s happening in this third run? And who’s joining the cast? Here’s everything you need to know.

What is McDonald & Dodds all about?

It tells the story of two, titular mismatched detectives who are thrown together to work on cases in the historic city.

Now we’re getting four new episodes in the third series.

ITV tells us that the first episode sees a young woman found dead sitting in a deckchair in broad daylight in one of Bath’s most beautiful and populated parks.

Why did this woman die with a smile on her face?

Who is joining the cast?

Claire says: “I’m a huge fan of McDonald & Dodds so I’m delighted to be joining the cast as Chief Superintendent Ormond.

“Ormond is a quietly intimidating character so she’ll be keeping McDonald & Dodds on their toes throughout this new series.”

When it comes to guest stars, viewers can also look forward to Jonathan Creek star Alan Davies making an appearance.

Other names to look out for include Catherine Tyldesley, Holly Aird and Dame Siân Phillips.

When will McDonald & Dodds be on?

ITV says that production on the new third series is now underway.

Usually, the series is filmed around Bath, but gets a little help from nearby Bristol too.

When it comes to transmission date, we’re expecting this in the early part of 2022.

The first two series were aired in late February and early March.

Although ITV is keeping schtum on the exact date, we wouldn’t be surprised to see something similar.