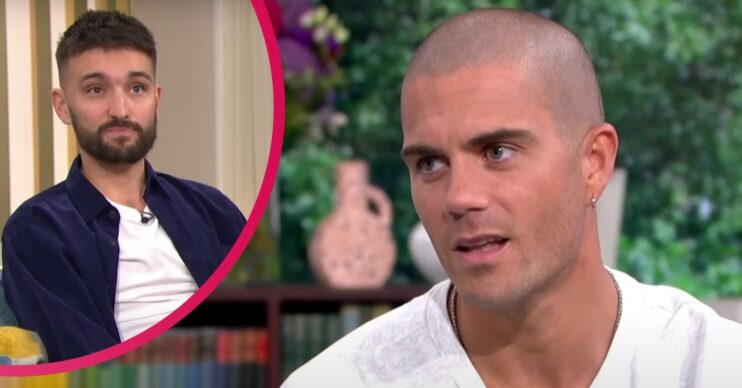 Tom died back in March, aged 33

Max George made a heartbreaking confession about his late bandmate, Tom Parker, on This Morning today (Tuesday, May 31).

The 33-year-old revealed that he still texts his late friend sometimes – admitting it brings him comfort.

Earlier today, The Wanted star Max appeared on This Morning.

The singer was on the show to remember his late bandmate and friend, Tom Parker, who passed away in March.

“I’m still trying to process it, I still text him actually,” Max said.

“If I get pictures or stuff that fans have made with him in it or they send a nice message to do with Tom, I’ll WhatsApp it to him.

“I just find a bit of comfort in that.”

The singer then went on to say that sometimes he catches himself texting Tom accidentally too.

Max then went on to speak about his friendship with Tom, explaining that they “just hit it off”.

“We had very similar backgrounds and we just became best mates,” he explained.

“It’s a book that Tom did over the last 12 months of his life. It goes from the very start, from his upbringing all the way to the end – the whole journey,” he explained.

Max then went on to talk about Kelsey, Tom’s widow – branding her “awesome”.

“Kelsey’s been awesome. She’s always been really strong, like Tom,” he said.

“They were literally two peas in a pod. She’s raising awareness for glioblastoma and cancer in general, she’s been great,” he said.

“We talk quite often, just check in, make sure she’s alright.”

Fans of Tom, Max, and The Wanted flocked to Twitter following the interview to praise Max.

“#ThisMorning Max George on bless him. It’s so sad I still can’t believe Tom is no longer here anymore and a bit of time has passed…,” one viewer said.

“Just want to give Max a hug!” another wrote.

“Max talking about Tom in past tense still hurts,” a third tweeted.