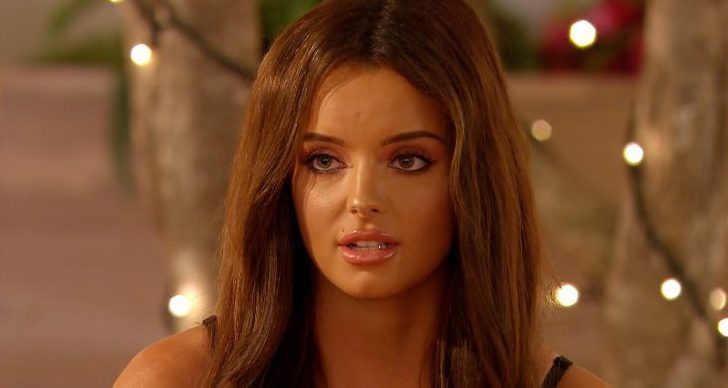 She won't stand for it

The Irish beauty has been open about her feelings for Curtis since his split from Amy last week, but Curtis tells her he wants to get to know Francesca too.

On Wednesday’s episode, the Essex lass chose Curtis for a picnic date along with basketball pro Ovie.

During tonight’s installment, Ovie gets a text that reads: “Islanders. Tonight, there will a recoupling in which the girls will decide who they want to couple up with.

“The boy not picked to be in a couple will be dumped from the Island. #everymanforhimself #taxiforone.”

And just like air hostess Amy Hart, it seems Maura doesn’t see a future for herself in the villa without Curtis.

She tells the other girls that she will quit if Curtis says he is still interested in getting to know shop manager Francesca even after being chosen by Maura in the recoupling.

According to OK! magazine, she says: “If I choose him to couple up with and he still gets to know her, I swear to God I will pack my bags.”

In earlier scenes, Curtis and Maura chat about his where his head is at.

The dancer reveals: “Francesca is a lovely young lady. It’ll be nice to get to know her. Is anything going to come of it? I quite like talking to you.”

Maura, clearly after a straight answer, asks if he wants to get to know Francesca. He admits he doesn’t know, but won’t lie to her.

It follows Amy’s shock exit from the villa on Monday, with her emotional departure aired in full during Tuesday’s episode.

Read more: Amy Hart arrives back home to an emotional family reunion at the airport

ITV2 has finally confirmed the date for the show’s long-awaited final.

On July 29, viewers will crown one of the couples the winners of 2019.

The winning couple will then be awarded £50,000, which they can either steal for themselves or share with their partner.