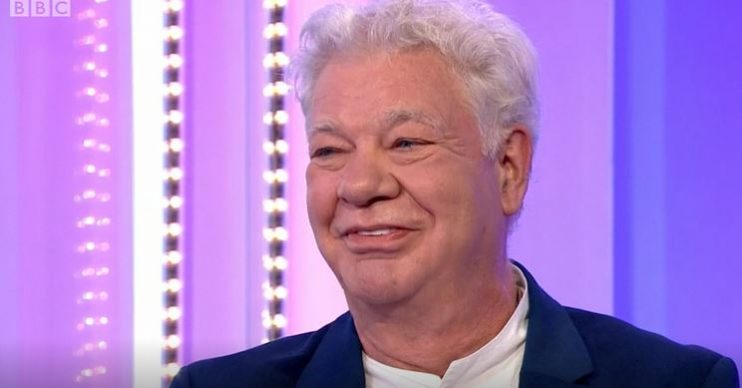 Viewers of The One Show were shocked as TV presenter and actor Matthew Kelly appeared “unrecognisable” on the programme.

In last night’s (05.09.19) episode, Matthew was on with Girls Aloud singer Kimberley Walsh to chat about their new musical, Big.

But fans of the show couldn’t help noticing how different he looked to his days on hit ’90s programmes like Stars in Their Eyes and You Bet!

On Twitter, one viewer asked: “What the hell has happened to Matthew Kelly? #TheOneShow.”

A third wrote: “Wow, Matthew Kelly is unrecognisable from his Stars in their Eyes and You Bet! Days #TheOneShow.”

What the hell has happened to Matthew Kelly? #TheOneShow

Matthew and Kimberley are set to star in a stage adaptation of the film Big, the ’80s classic starring Tom Hanks that tells the story of a boy who makes a wish “to be big” on a magic fairground machine – and turns into an adult.

Of the original film’s iconic ‘piano’ scene, in which Tom Hanks and actor Robert Loggia play a duet of chopsticks on a giant electronic floor keyboard using their feet, Matthew said: “They’re putting in a piano keyboard that goes the whole of the width of the stage at the Dominion Theatre.”

Matt Baker’s co-presenter Mel Giedroyc, who was standing in for host Alex Jones, asked: “The piano thing, does it actually make the noise as you jump on it or do they put the sound on afterwards?”

Matthew told her: “I thought I was going to wing it. There’s a reason I’ve not been on Strictly, you know.

“I’ve been training for six months to do chopsticks. And it plays the notes that I stand on. So if I get it wrong, that’s what you’ll hear.

“I’m the toy shop owner. It’s a great part. Because when [the boy’s] wish comes true and he becomes big, he has to get a job. And he gets a job in this toy shop because he has the spirit of a child.

The former Stars in Their Eyes host continued: “That’s what’s great about the show. Because it shows you everything we’ve lost as grown-ups. But it also shows you the problems that he has, trying to be a grown-up.”