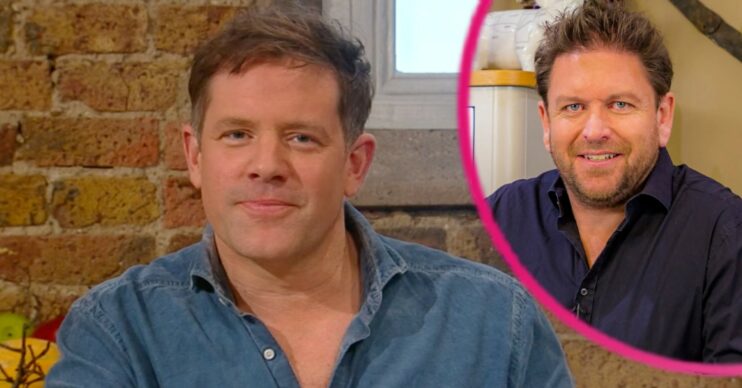 The television chef, who also appears on Channel 4’s Food Unwrapped, has been the leading host on the BBC show since 2016.

However, Matt’s transition into the role wasn’t exactly the easiest.

Earlier this year, Matt revealed that it was “slow process” after taking over from the much-loved original host.

The television personality, 47, had previously stood-in for James whilst he was away.

He later took on the main hosting role following James’ decision to quit.

Addressing the backlash at the time, Matt told the Express: “It was a slow process and people like to have their favourites and people don’t generally like change.

“So yeah, it was a gradual process.”

However, Matt explained that he didn’t regret the decision after accepting the role.

He continued: “When the offer comes in, what do you do?

“You don’t do it because you’re nervous? Or you do it to the best of your ability and if people like it then great, if they don’t, well so be it and if the BBC didn’t like it then I wouldn’t last long.”

During the chat, the chef also revealed that he hasn’t seen his former co-star James “in years”.

Meanwhile, Food Unwrapped is another of Matt’s popular food shows.

The chef appears on the Channel 4 series alongside the likes of Jimmy Doherty, Kate Quilton, Helen Lawal and Amanda Byram.

During the show, the hosts explore how different food are made and the industry secrets behind them.

Read more: Food Unwrapped presenters: How old is Matt Tebbutt? Who else presents the Channel 4 show?

Matt has been presenting the series since it first launched back in 2012.

He also hosts the likes of Christmas Kitchen, the Great British Menu and Drop Down Menu.

Furthermore, he owns the gastropub The Foxhunter in Nantyderry, South Wales, with his wife Lisa.