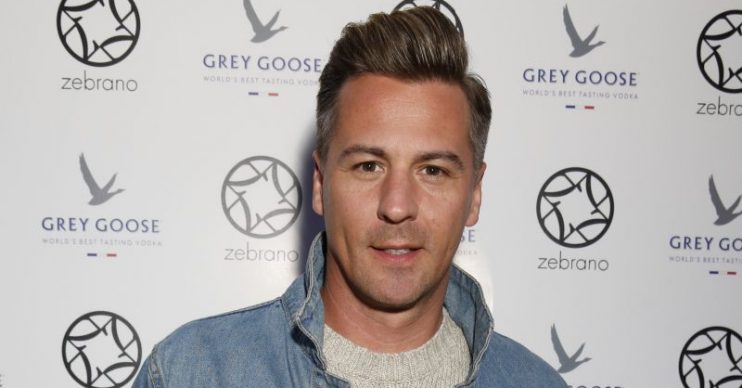 At this stage they just want to get their job done.

Matt Evers would “never say never” to a “showmance” with his Dancing on Ice partner Ian ‘H’ Watkins.

The 43-year-old American figure skater and the Deeper Shade of Blue hitmaker have made history as the first same-sex pairing on the ITV celebrity skating contest, and Matt has admitted that whilst he is only “focused” on their performances on the ice for the time being, he wouldn’t rule out getting to know the Steps star in a romantic manner.

From the bottom of my heart…. thank you. That moment was bigger than us. I’m so proud of @ianhwatkins Now “it” doesn’t have to be a “thing”. Thank you for the incredible support and unending love….. #loveislove @dancingonice @itv

Read More: Dancing On Ice: Trisha Goddard is the first celebrity to leave the competition

“I’ve never had the chance to have a ‘showmance’ because I’m a gay man and I’ve always skated with females.

“This is the first situation that could potentially spur something.

I’d never say never. He is a lovely man.

“At this stage I am so focused on making sure we’re getting our job done, I haven’t looked at the social aspect of our relationship.

“I haven’t looked at him as a potential partner outside the rink but I’d never say never. He is a lovely man.”

It hasn’t been an easy task performing on the rink with another male.

Matt previously revealed some of the moves have had to be altered because the pair’s penises have got in the way, and he’s revealed H also ended up in another awkward position after failing to “grab his waist” during a tricky manoeuvre.

He said: “The first day was quite personal.

“I always tell my partners we are going to get very personal very quickly — ‘I’m going to touch you in places your husband may not have touched you in a few years!’

“The first day I was teaching him to spin, he reached around my back and I said, ‘Grab my waist’ but he didn’t grab my waist.

“It was basically a full-on — what’s the word? — a rear-end inspection.”

The pair will be doing all of the lifts during the routines, with Matt picking up H as he’s lighter.

Matt said reently: “We attempted H lifting me, but because of my size, he can’t.”

The 43-year-old singer – who is openly gay – was the one who asked producers if he could be partnered with a male skater when he was approached to take part in the programme.

The pop star previously said: “I had the meeting in the summer and I said, ‘If this does go ahead then I would like to be considered with a male partner.’

“For me, it’s important to have someone the right gender for my sexuality.”