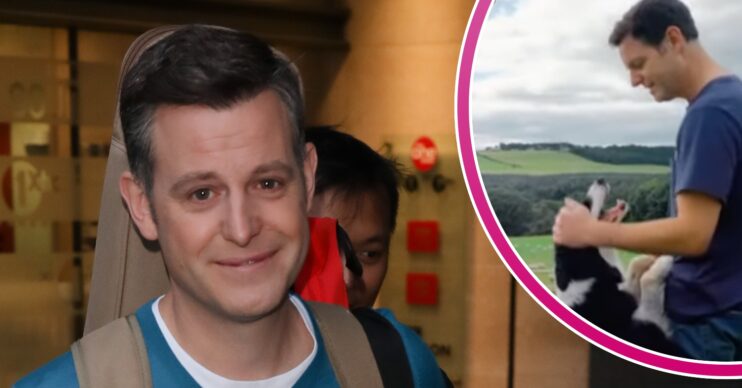 Matt had a surprising talent

A health condition forced Countryfile favourite Matt Baker to give up his dream career as a child.

The Countryfile presenter had planned a different career to TV presenting.

Firstly, he wanted to become a gymnast.

During an interview with Penguin last year, Matt told how he ended up in television.

His parents Mike and Janice encouraged him to give everything a go.

Matt, 44, grew up on a farm, and started doing gymnastics as a young boy.

It began as a physical outlet, but Matt developed a real flair for the sport.

I do handstands and backflips at home.

Consequently, Matt made newspaper headlines when he achieved a perfect 10 in a national competition.

Read more: Matt Baker on the real reason he left The One Show

But at 14 he was diagnosed with anaemia, and therefore had to quit.

The condition can be caused by a lack of iron and result in dizziness, thus making it unsafe.

But Matt has since taken up gymnastics again.

Speaking in 2015 Matt told the Mirror how he found it the best stress reliever.

“I’m very physical and I have to do two or three good sessions a week or I get really wound up.

“I do handstands and backflips at home, I’ve got crash mats, we’ve got a big climbing frame and I’ve got ropes in the trees.”

Matt fell into showbiz accidentally, and it became his first passion.

He acted as a stunt double for the lead in a school production of Grease, and was shocked by how much he loved it.

Because of this, Matt finally decided to go to drama school.

Blue Peter, The One Show and Countryfile then beckoned.

Matt will be on Countryfile on Sunday at 6pm, on BBC One.

So are you surprised by Matt’s gym history? Let us know over on our Facebook page @EntertainmentDailyFix