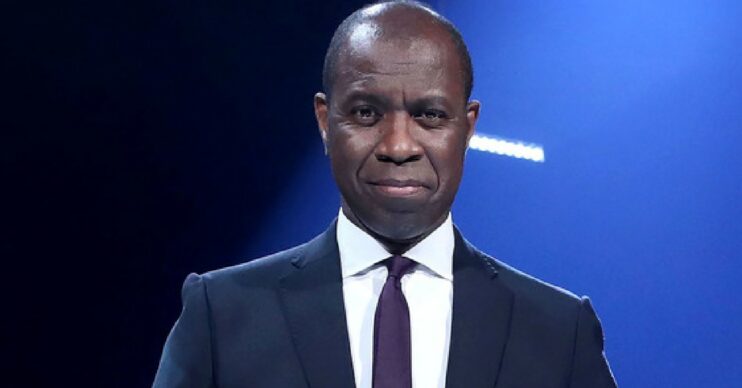 Clive has had an illustrious career as a BBC News presenter

Mastermind kicks off a new series with new host Clive Myrie in the hotseat for the first time.

Taking over from long-time host John Humphrys, Clive is set to bring his own personality to the iconic quiz show.

We’ve started so we’ll finish… here’s everything you need to know about Clive.

Mastermind: Where was Clive Myrie born?

Read more: How do I apply for Mastermind and who’ll be hosting the new series?

His parents were Jamaican migrants – his mum was a seamstress who worked for the famous 1960s fashion designer Mary Quant, while his dad was a factory worker.

And because of his north-west roots, he says he’s a big football and cricket fan.

When did he start his journalism career?

Clive began his illustrious journalism career in 1987 when he joined the corporation as a trainee radio reporter.

His first assignment was for Radio Bristol, and soon he landed a presenting job on the region’s flagship TV news show Points West.

A decade after he started as a trainee radio reporter, Clive became the Tokyo correspondent for BBC News. He then moved to LA to be the BBC’s correspondent there.

During his time on the road, Clive covered stories like the impeachment of former US president, Bill Clinton, as well as the wars in Kosovo and Afghanistan.

In 2019, Clive began presenting the BBC’s News At Six and News At Ten.

This year he won two RTS journalism awards: one for Television Journalist Of The Year, and another for Network Presenter Of The Year.

What did he say about hosting Mastermind?

He told the BBC: “It’s an icon of British TV, and it’s being entrusted into my hands.

“It’s a big, big, big job and obviously I’m following the footsteps of John Humphrys, who has been brilliant for so many years, so yes, there’s a level of trepidation.

“But there’s also excitement, it’s a new venture and the show is something I grew up watching so for me to be part of that now is fantastic.”

Clive is married to Catherine, a furniture restorer and upholsterer, in 1998.

It’s not known if the couple has any children, as Clive keeps his private life very private.

However, in an interview with the University of Sussex, he was asked who had influenced his life the most.

“My wife Catherine, by giving me the courage and space to pursue my dreams,” he answered.

He also said in an interview with the Daily Mail: “I met Catherine, who then worked in publishing, at the 1992 London launch of a book about Swiss cheeses… even though I don’t much like cheese!

“It was love at first sight for me.

“I’d just been made the BBC’s LA correspondent, so after returning to the UK for our big day, we flew back to the States before honeymooning on Venezuela’s Maracaibo coast.”