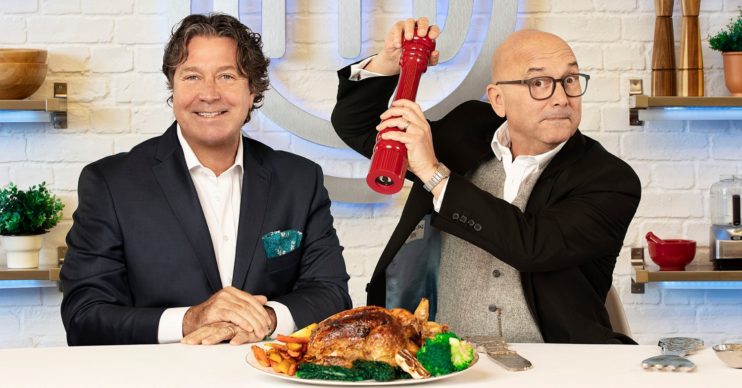 MasterChef on BBC One: Who is Jonny Lake? Where does former Fat Duck chef work now?

The cookery hopefuls prepare a meal for the staff of Michelin-starred restaurant the Fat Duck - yikes!

Jonny Lake is the latest chef to judge the remaining MasterChef contestants – but who is he?

Where is he from? And why did he leave the world-famous The Fat Duck?

Read more: Who are this year’s Celebrity MasterChef contestants? Su Pollard reportedly signs up for 2021 series

Who is Jonny Lake?

Jonny Lake is a Canadian chef, probably most famous for working at The Fat Duck.

First of all, he started cooking by volunteering at a meals-on-wheels charity in Montreal, Quebec.

Once he finished university, Jonny spent over a year learning his trade at the Institut de Tourisme et d’Hotellerie du Quebec.

Unsurprisingly, he did well at culinary school and was granted a bursary which allowed him to travel to Italy.

Once there, Jonny worked at the one Michelin-starred A-Spurcacciun-a.

He later worked at the two Michelin-starred restaurant owned by Gultiero Marchesi in Erbusco.

The Fat Duck Group subsequently made him Executive Head Chef.

What restaurant does Jonny Lake work at now?

Trivet is based in the Snowsfields Yard development at London Bridge.

Trivet is described as “an informal, high-quality restaurant in the heart of Bermondsey”.

Jonny and Isa “aim to deliver an exceptional culinary experience”.

The use “the finest ingredients and wines, locally sourced where possible”.

The Fat Duck – where is it? Does it have any Michelin stars?

This year marks the 25th anniversary of the opening of The Fat Duck.

As a result, the restaurant promises to celebrate the “epic milestone with an Anthology menu of Fat Duck classics”.

The fine dining restaurant is housed in a 16th-century building, and is known for its inventive cuisine.

The restaurant has a laboratory where Heston Blumenthal and his team develop new dishes.

The Fat Duck – what’s on the menu and how much does it cost?

Reservations cost between £250-£325 per person, and there’s usually a waiting list for bookings.

Where is Jonny Lake from?

Jonny Lake was born in Ontario.

He studied physics and biology at university in Montreal before embarking on a career as a chef.

There are now 10 cooks left in the competition.

Five of them must cook a dish tonight that they would include in the menu of their own restaurant.

Guest judge Anna Haugh is on hand to assess their efforts, resulting in two eliminations.

The remaining MasterChef hopefuls then face their most terrifying challenge yet…

Three of them must prepare a meal for the staff of Michelin-starred restaurant the Fat Duck.