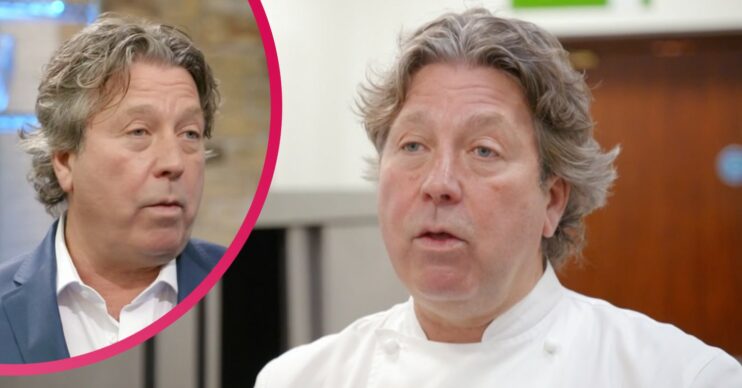 She passed away when he was a young boy

Celebrity MasterChef judge John Torode admitted he found ‘comfort’ in cooking after the death of his mum.

John, who is a judge on tonight’s Celebrity MasterChef: Christmas Cook-Off, was just a young boy when his mother passed away.

But the telly star, 56, recently spoke with The Guardian about how he ‘discovered food‘ while living with his grandmother.

What has MasterChef judge John Torode said about ‘discovering food’?

John indicates he was also very young when food became an important part of his life.

The MasterChef and Celebrity Masterchef mainstay alongside Gregg Wallace said cooking was a formative part of his experiences growing up.

Read more: John Torode and Lisa Faulkner – who were the TV power couple previously married to?

He told The Guardian: “Living with my grandmother is probably my earliest memory, realising my mother had died and not really understanding it.”

John also explained how food became important as he learned to cook by his grandmother’s side.

He continued: “The most vivid memories are of standing in the kitchen and the smell of food. That stayed with me, the comfort of it.”

‘The kitchen is a great place to find yourself’

John, who is married to actress Lisa Faulkner, also indicated being in a kitchen is one of his most favourite places to be.

He hinted it is somewhere he finds at ease to ‘fade into the background’ – and also learn new things about himself.

John also noted he reckons making food for others is a part of caring.

He added: “You can hide away in the kitchen and it’s a great place to find yourself. I like to feed people. I like to see people smile. Maybe it’s wanting to please them. When you cook for people, it’s giving. There’s a lot of you in food – and a lot of love.”

On losing his mother

Despite his loss, John insisted he had a “fantastic” childhood. He recalled how his ‘inspirational, driven’ dad allowed him to be adventurous.

But he also made mention of a Chitty Chitty Bang Bang car his mother gave him for his fourth birthday, the last one she saw.

Just 31 when she died, John admits he has ‘no idea’ whether her passing has made him a different person.