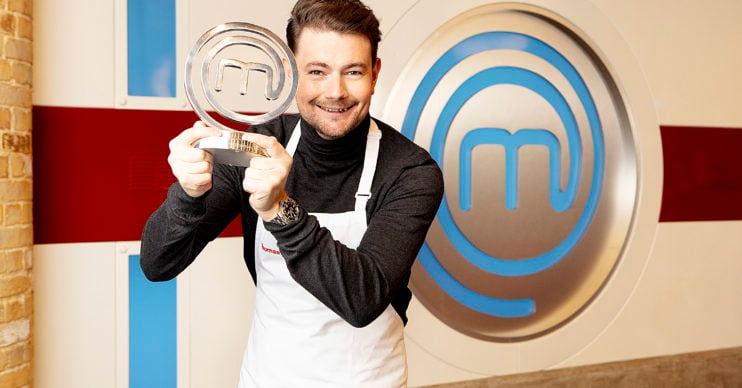 When the MasterChef 2020 winner was announced as Thomas Frake, it is fair to say it attracted some controversy – but now fans have leapt to his defence.

In the final, the remaining three contestants – Thomas, Sandy Tang and David Rickett – prepared three courses for the judges.

As they delivered their verdict, Judge John Torode praised Thomas as “a real talent” and “a grafter”, while fellow judge Gregg Wallace approved of his “definitive style”.

Read more: Who won MasterChef 2020? The winner has been announced

Thomas’s decision to try a new take on pub classics won over the judges, but divided fans.

He served up a starter of monkfish tails in a beer batter with a main course of ox cheek braised in black treacle, bone marrow and porter.

He followed it with a dessert of salted caramel custard tart served with grated nutmeg, popcorn ice cream and toffee popcorn.

But many thought 24-year-old Sandy’s duck egg ice cream and cannelloni offering deserved to take away the top prize for being more inventive and original.

Outrage over the winner

One fan wrote: “Sandy was absolutely robbed. The future of restaurant cuisine is ‘inventiveness’ and Sandy demonstrated that in abundance, anyone can cook classics/pub grub, but to invent something unique is a talent and Sandy should’ve been champion!”

Another waded in: “What a surprise! Didn’t think it would be Thomas, congrats for the win though. Sandy is my favourite, she is so brilliant! I pray she will have a Michelin restaurant someday.”

#MasterChef how sandy did not win that is a travesty. Her cooking was next level. What is masterchef wanting to do here? Totally dumbing down…..

However, plenty of fans came out in defence of Thomas.

Another tweeter said: “Nice to have a winner that cooks normal food.”

Yet another said: “Thomas, well done on winning MasterChef my wife and I were both drooling at your final dish #oldschool #tasty.”

And one fan was in no doubt that Thomas’ sincerity and passion made him stand out.

“Absolutely loved this series. Thomas Frake was a worthy winner. If you cook from the heart and put your soul into your food, you will never go far wrong,” she wrote.

Thomas was consistent throughtout the series and the judges liked his food. Sandy was hit and miss so beleive the correct person won #MasterChef

Really, really pleased for Thomas Frake, proof that you don’t always need foams and tuiles to win #masterchef. All three finalists were great, but the best chef won.

Can’t wait till next year, so I’ll have to console myself with some vintage Gregg gurning! pic.twitter.com/VKeBfJftOD

Really enjoyed #MasterChef this year, especially Gregg’s unabated enthusiasm for food. Disappointed to see the reaction on here! 2 people tasted the food in the final, 2 million people who didn’t think they know who should have won! #theproofofthepuddingisinthetasting

Perfect call #MasterChef . On balance, Thomas was the most solid throughout every round, including the professional kitchen challenges. At times others faultered whilst Thomas stood strong. Solid and consistent. Worthy of the trophy, without any doubt. Good on you, mush.

Kenny wasn’t my preferred #MasterChef winner last year, but the last thing I considered was acting completely outraged on Twitter because MY favourite didn’t win.

Did you think Thomas was a deserving winner or should Sandy have triumphed with her adventurous menu? Go to our Facebook page @EntertainmentDailyfix and let us know your thoughts in the comments.