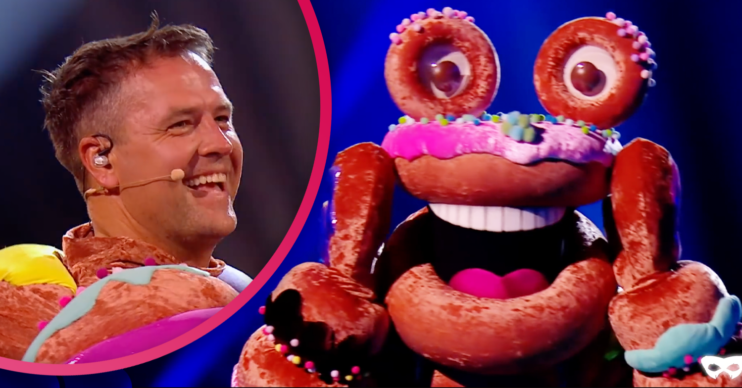 Not so boring now…

Masked Singer fans have declared that 2022 has “peaked” after Doughnuts was unmasked on the show last night (January 29).

Last night’s show saw two characters unmasked, with the judges picking to save Rockhopper over Doughnuts.

And, while the man behind the mask wasn’t really a surprise to anyone watching at home, it appears to have gone down in history as the best TV moment of the year so far.

Although it’s only January, many are saying that we just won’t find anything to top it for the remaining 11 months of the year.

The Masked Singer 2022: Who is Doughnuts?

It didn’t really come as much of a surprise to anyone at home – or judge Mo Gilligan who guessed him correctly.

But what was surprising was just how much Michael and the viewers at home loved his portrayal of the character.

How did viewers react to the unmasking?

With glee, it has to be said. And we have to say that we felt the same too!

“We won’t top this TV moment for the rest of 2022 I’m afraid,” declared one Masked Singer fan.

“Michael Owen dressed as Doughnuts singing Everybody get Up by 5ive has to be the highlight of 2022,” agreed another.

“Michael Owen singing to FIVE – 2022 has peaked already and it’s only January,” added a third.

“Michael Owen living his best life as a stack of doughnuts singing Spice Girls has made my 2022,” said another referring to one of his other performances.

“2022 already a bizarre year, Michael Owen dressed as Doughnuts singing Everybody Get Up by Five like hold my beer,” said another.

“Michael Owen performing 5ive dressed as a doughnut, is just incredible TV, well done to all involved,” said another.

He’s not ‘boring’ any more

Others took to Twitter to declare that the football pundit is “no longer boring”.

Over the years the ex-footballer has been branded “boring” by the sports pages of the papers and fans alike.

But that now appears to be a thing of the past.

“Michael Owen is officially no longer boring to me now!!!” said one.

“I don’t want to hear anyone call Michael Owen boring again after this,” declared another.

“Michael Owen in not boring shocker,” joked a third.