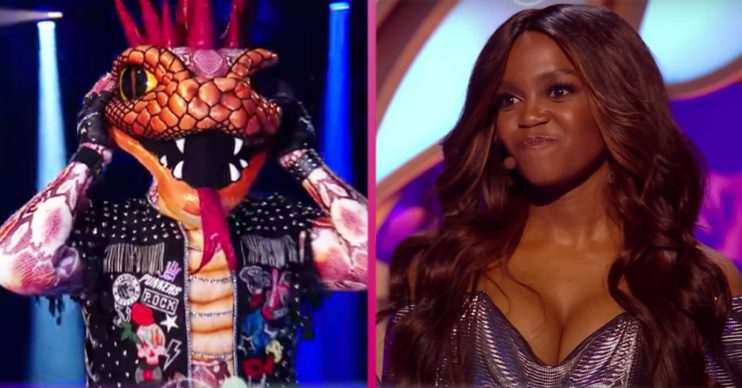 What did you make of new spin off series?

The Masked Dancer UK kicked off last night (May 29) – but it seems not everyone watching at home loved it quite as much as the judges.

The ITV spin off of reality show The Masked Singer contained many similar elements to the original series.

The Masked Dancer UK: ‘How are you supposed to guess?’

According to social media, the show’s familiar format pleased many viewers.

But many also seemed confused by how they are supposed to work out the identity of the celebrities under the masks.

One person tweeted: “I loved The Masked Singer but man The Masked Dancer is not good.”

Responding to another Twitter user, they explained their reasoning was they couldn’t tell who is who – which may have something to do with them being masked!

But according to several social media users, that is also due to them not being familiar with dancers.

“It’s so pointless!” they exclaimed. “You may as well just have a guessing game. Why have them dancing? It’s so bad.”

Someone else tweeted: “I don’t know many well-known dancers so I think I’m going to be rubbish at this in comparison to The Masked Singer #MaskedDancer.”

And a third person echoed them: “How are you supposed to guess who the Masked Dancer is? Trying to guess The Masked Singer was bad enough but at least you had a chance of recognising the voice.”

Some observers also felt there was a real lack of “quality” when it came to the show – and the performances.

One person claimed: “Watching The Masked Dancer @ITV. Apart from the first dancer Zip, the rest are just walking about and waving their arms around.

“Thought it was a dance show? Can only hope it gets better.”

How are you supposed to guess who the Masked Dancer is?

Someone else, who apparently felt excluded by some aspect of the show, added: “The Masked Dancer… What happened to quality weekend programmes aimed at ALL viewers?”

And a third person rated the whole viewing experience: “Watching The Masked Dancer not as good as Masked Singer in my opinion.”

Masked Dancer UK: What viewers did like about it

However, not everyone took an instant dislike to the show.

And that’s just as well as there are another six episodes to go. They are scheduled to air nightly, apart from on Wednesday (June 2).

“Masked Dancer is some brilliantly bonkers telly. Huge love [for it] in this house,” said one fan.

Another happy viewer tweeted: “Didn’t think Masked Dancer would work but not going to lie, I love it already! #MaskedDancerUK.”

And someone else added: “The Masked Dancer is the most ridiculous thing I’ve ever seen in my life. I love it.”

Who was first out?

Jordan Banjo was the first famous face to be unmasked during Saturday night’s first episode.

He was dressed up as Viper – but who will be revealed under the masks of Beetroot, Scarecrow, Carwash and the others?

The Masked Dancer UK continues on ITV tonight, Sunday May 30, from 7.30pm.