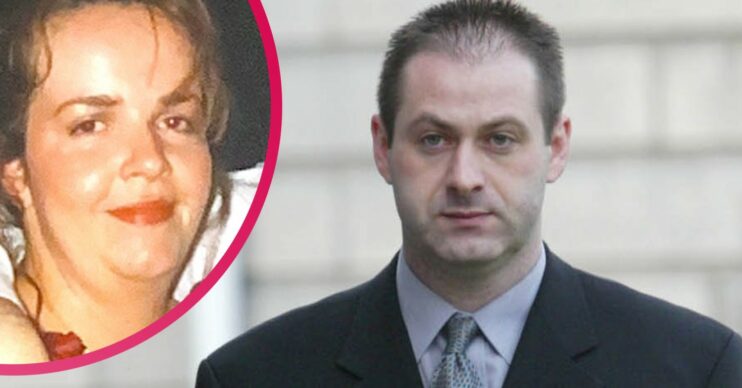 Getting Away with Murder: Who killed Mary Gough and why? Where is her husband Colin Whelan now?

He killed her just months after their wedding

Mary Gough died tragically young at the hands of the man who had pledged his life to her – but why did her husband Colin Whelan murder her?

How did Mary die, and where is killer Colin Whelan now?

The horrifying murder of Mary Gough is the subject of a new Channel 5 true crime documentary.

Getting Away with Murder on Channel 5 looks into her death, and the subsequent police investigation which eventually became a manhunt.

Read more: Who killed mum-of-four Dolores McCrea and why? Where is her husband Gary McCrea now?

Who was Mary Gough?

Coming from a family of five boys, she “had to stand up for herself” explains her brother Barry.

She met Colin Whelan, from North County Dublin, for the first time when she was working in the Huntsman Inn in 1993.

In 1995, the couple “hit a bad patch” but got back together after a few months.

In 1997, Colin Whelan purchased a house in Clonard Street, Balbriggan, from a relative.

A year later, the couple got engaged and were married in 2000.

Tragically, just six months after the ceremony, Mary was dead.

She was just 27 when she was murdered.

How did Mary Gough die?

On March 02 2001, emergency services were alerted of an alleged fall in the early hours of the morning.

Mary Gough’s husband Colin Whelan, who was 29 at the time, called the police about the ‘accident’.

Colin informed police officers who arrived at the scene that his wife Mary had fallen down the stairs and died as a result.

During the chilling 999 call, Colin said: “My wife needs an ambulance; she’s fallen down the stairs.

“What can I do? I don’t think she’s breathing.

First responders found Mary covered in a duvet, with a towel behind her head.

They found she had “flat-lined” and were unable to restart her heart, which was unusual if she died when her husband says she had.

She was also cold to the touch, which was a red flag to investigators.

Mary’s husband Colin subsequently travelled behind the ambulance in his car to the hospital.

He describes it as “the case he’ll never forget”.

He has said that “things didn’t add up, they didn’t sit well”.

In his statement, Colin Whelan said he had heard his wife fall down the stairs, and found her unconscious at the bottom.

During the post mortem, state pathologist Professor Marie Cassidy told Pat: “You have a murder on your hands.”

The post mortem showed that Mary’s injuries were NOT consistent with a fall down the stairs.

There was haemorrhaging under Mary’s eyes – blood vessels that break during pressure on the neck.

Mary also suffered a swollen tongue, which was three times the size it should be.

Marie also found a burn mark on the side of Mary’s neck.

She had no doubt whatsoever about the cause of death.

Mary Gough had been murdered by strangulation.

The police launched a full investigation, following the news that Mary Gough had been murdered.

Of course, Colin Whelan was the main suspect after he’d lied about the fall.

Read more: Killer at the Crime Scene: Who was serial killer Anthony Hardy, also known as the Camden Ripper?

What evidence was there against Colin Whelan?

First of all, there were the scratch marks on Colin’s neck on the day Mary Gough died.

There was also the fact that he lied about her falling down the stairs.

A forensic examination of Colin and Mary’s shared house showed blood staining upstairs on the carpet and the wall.

Forensic testing showed that a “mist of blood” from Mary Gough’s nose was found on the wallpaper consistent with being strangled.

All evidence pointed to Mary being killed near the door of their bedroom.

Her body was then moved.

Mary had burning on the back of her buttocks, which was consistent with being dragged down the stairs.

Meanwhile, the house alarm system logged every time a door or window was closed – proving that no one had broken in.

There was only two people in the house that night.

Subsequent evidence proved that Colin watched his wife die and did not try to resuscitate her as instructed by 999 on the night.

In fact, she was already dead before Colin called the police.

How was computer evidence used to catch Colin Whelan?

They got a warrant to search his work place.

However, they soon found that Colin had wiped his hard drive and search history.

After a detailed search on the computer database, police found Colin had searched death by strangulation, and loss of consciousness.

Colin has long been researching how best to kill his wife.

He had also searched the name Henry Louis Wallace – a serial killer in the US who strangled a number of women in the 1990s.

Henry Louis Wallace developed a way of strangling a woman via a pillowcase or a towel – the murder ‘weapon’ would not leave direct marks on the victim’s neck.

Police then realised they’d had the murder weapon all along – the towel found at the scene of the crime.

They later found a belt from Colin’s towelling dressing gown had been used to murder Mary Gough along with the yellow towel.

Why did Colin Whelan murder his wife Mary Gough?

Police discovered that Colin Whelan had put much thought into the premeditated attack on his wife Mary Gough.

Patrick Marry has said: “Colin had no empathy or feelings for his wife.”

Police found an insurance police in the house which had been taken out in June 2000 to the value of £200,000 for Colin and his wife for a 10 year period.

When that was approved, he wrote to the insurance company and upped the amount to £400,000.

Police began to suspect Colin had purely married Mary for the purpose of killing her and claiming the insurance.

As detectives dug further into Colin’s internet history, they discovered there was more to his motive for murder than just money.

Colin was often on chat rooms under the false name of Celtic Tackle.

He pretended to be single and had multiple online flings.

Colin became very friendly with one girl in Wales, and was messaging her right up until the day he killed his wife.

The murderer told his lover that his wife had died in a car crash.

When was Colin Whelan arrested?

The police interviewed him and presented him with all the evidence.

He consistently answered “no comment” and insisted Mary Gough’s death was an accident.

However, the police believed they had enough evidence to charge Colin Whelan.

Colin appeared in court, and the judge set the trial date for two and a half years time.

The accused immediately applied for bail and, unbelievably it seems, was released the same day.

The conditions of his bail were that he had to surrender his passports, and had to sign in at a police station.

For over a year, Colin signed on at the Balbriggan police station.

However, on May 2002 Colin’s family came to the station to say he was missing.

The same day his car was found abandoned near cliffs, with the keys to the car on the passenger seat and an empty bottle of gin.

Everything pointed to Colin having taken his own life.

Of course, Colin had done a runner and tried to fake his own death.

How long was Colin Whelan sentenced to for the murder of Mary Gough?

Colin was eventually found hiding in Mallorca under the new identity of Cian Sweeney.

He had secured a false passport and started a new life in Spain as a barman.

Pat arranged for Colin Whelan to be extradited from Europe.

Colin changed his plea to guilty.

At the age of 34, a judge gave Colin a life sentence.

Before sentencing by Mr Justice Paul Carney, Colin Whelan expressed his “sorrow for taking Mary away from her family”.

Whelan said he was a “person of cowardice” and “I accept full responsibility for Mary’s death”.

Where is Colin Whelan now?

Colin Whelan is still in prison.

After his sentencing, he had a girlfriend called Katie Wilcox who would visit him regularly in jail.

She vowed to stand by him.

Getting Away with Murder on Channel 5

Getting Away with Murder is a C5 documentary looking at the investigation into the death of Dublin wife Mary Gough.

It follows the remarkable twists and turns of the police’s efforts to find out what happened to her, and how the investigation eventually turned into an international manhunt.

Mary Gough was murdered by her own husband Colin Whelan just months after their marriage.