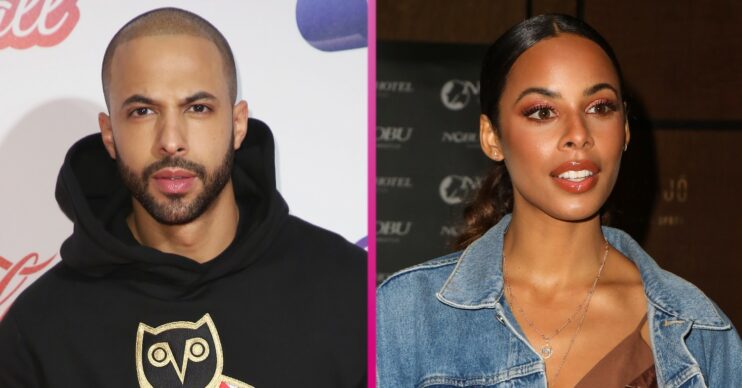 The Hit List: How did Marvin and Rochelle Humes meet and why did they once split?

Marvin and Rochelle Humes appear on their BBC One show, The Hit List, tonight (September 4).

The married pair make quite the presenting team on the series, which tests contestants on their knowledge of music.

Marvin shot to fame on The X Factor in 2008, alongside boyband JLS.

Meanwhile, Rochelle started in S Club Juniors before moving on to girlband The Saturdays.

Read more: This Morning viewers are convinced Rochelle Humes flashed her knickers on the show today

However, their romance didn’t blossom until years later.

Rochelle explained on the Jonathan Ross Show that the two ran into each other in 2010.

She said: “He was in JLS, I was in The Saturdays. We were at a club, and they had put all the bands together.

“I went to the toilet and my bag was on the chair. He took my phone out of my bag, called himself from my phone and got my number.

“It was weird. In a creepy, restraining order way.”

But it didn’t put Rochelle off.

We were sort of dating in secret

The pair decided to give things ago, despite The Saturdays’ manager telling her not to get involved.

Rochelle added: “I remember having this meeting with our A&R manager, and I remember him saying to us, ‘It’s going really well, it’s quite hard for girl bands because girls have to like you and not feel intimidated.

“‘The only thing you can do to mess this up is date someone from a boy band. If any of you date JLS then you’re screwed’. We were sort of dating in secret.”

Why did Marvin and Rochelle split?

Marvin and Rochelle later decided to go public with their romance.

However, the pair split after eight months of dating.

At the time, Marvin told Reveal magazine: “We definitely argued. Every couple does. We wouldn’t be normal if we said we didn’t.

“Our work schedules meant that we hardly saw each other.”

But it didn’t take long – two months exactly – for the couple to reunite.

Marvin and Rochelle tied the knot at Blenheim Palace in 2012.

Speaking about their wedding day, Rochelle said: “Early in our relationship Marvin and I went for day out at Blenheim Palace and I thought then what an amazing place it would to get married.

“As you drive up, the sight of it takes your breath away. It has got so much history.”

Furthermore, the couple have welcomed three children together.

Watch Marvin and Rochelle on The Hit List on BBC One at 7.15pm.