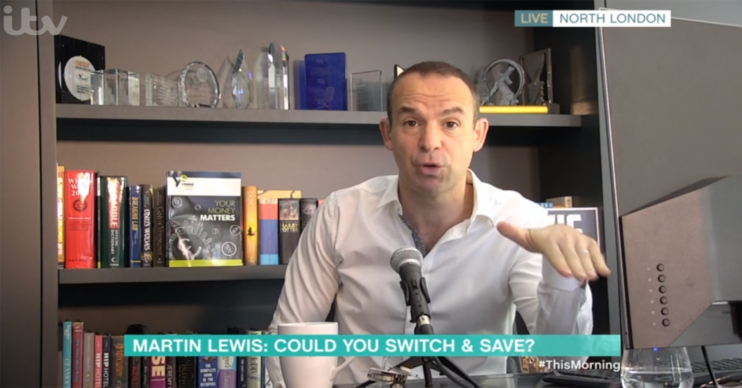 Martin Lewis hit back at claims he ‘mistimed’ his This Morning slot after appearing on camera in sweaty gym gear.

He has insisted it’s ‘one of the perks of working from home’.

Martin explained he could have had time to get ready properly but decided to carry on with his exercise regime instead.

What did Martin say?

He added: “To be camera ready for the trail, I only had a 40min exercise window.

“I wanted an hour so I thought what the hell, I’ll just do a sweaty trail, a perk of lockdown.”

Forgoing his post workout shower and change, the money saving expert did his preview chat explaining what he had coming up on This Morning fresh from his workout.

He apologised to viewers for his appearance and promised to scrub up better for his actual slot on the show.

To be cam ready for the trail, I only had a 40min exercise window. I wanted an hr so I thought what the hell, I'll just do a sweaty trail, a perk of lockdown.https://t.co/5GvxoHP4xv

Wearing a blue exercise top, he told viewers: “Apologies about my appearance, I didn’t time my exercise right.

“I will be dressed properly later.”

One person replied to Martin’s tweet supporting his choice of attire, saying: “The only clothes you ever need to wear in my opinion!

“Practical, comfortable, no need to iron and ready to exercise at any given opportunity.”

Someone else said: “All the help you are giving and good you are doing, as far as I’m concerned you’ve earned the right to come naked if you want to!”

“I wouldn’t care if you were on telly in your pants!” another follower joked.

“You’re doing an amazing job making things clear and easier to understand in this worrying time! Thanks for all your hard work.”

On screen Holly Willoughby said she thought Martin was doing a ‘Joe Wicks on them’.

Her co-star Phillip Schofield joked that Martin had ‘finally got dressed’ when he later appeared on the show.

He was wearing a smart white shirt to discuss how viewers can save money on their energy bills.

Martin also explained how you can get a refund on any purchases that are now not going ahead due to the coronavirus pandemic.