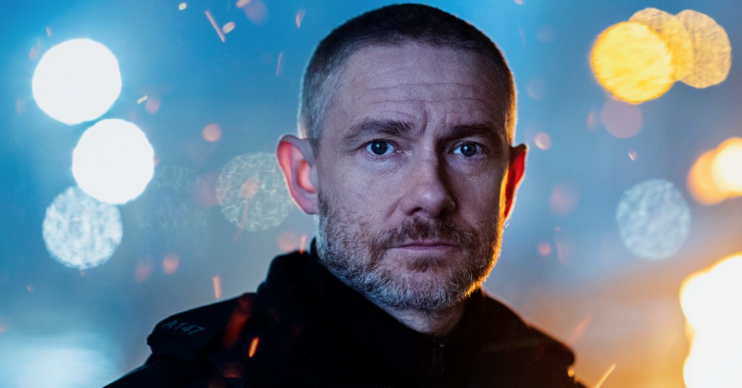 Martin Freeman in The Responder: What’s it about and when’s it on?

Martin Freeman is on The Graham Norton Show tonight talking about his new crime drama, The Responder.

The BBC Two series looks set to be a big deal for the channel.

But what’s it about, who else is in it and, most importantly, when’s it going to be on?

What is The Responder with Martin Freeman all about?

In The Responder, Martin plays Chris, who, the BBC says, is a “a crisis-stricken, morally compromised, unconventional urgent response officer tackling a series of night shifts on the beat in Liverpool”.

With problems in his personal life, Chris also has the added hassle of taking on a new rookie partner called Rachel.

Read more: Does Martin Freeman have a girlfriend since he split from wife Amanda Abbington?

They soon discover that survival in this high pressure, relentless, night-time world will depend on them either helping or destroying each other.

And, judging by the trailer, Chris is in all sorts of trouble with a local drug lord.

“I can’t remember the last time I did something good,” he sighs.

Who else stars in The Responder?

Adelayo has appeared in The Bill, Law & Order: UK and, most recently, BBC One thriller, The Capture.

Elsewhere in the cast is Ian Hart, who viewers last saw alongside Jodie Comer in the powerful Covid-19 care home drama, Help. Here he stars as crime boss Carl Sweeney.

Also in the cast is legendary actress and model Rita Tushingham, David Bradley and Kerrie Hayes.

What did Martin say about The Responder?

He said: “Tony Schumacher’s scripts were so unique and honest that I knew very quickly that I wanted to be a part of The Responder and take on the role of Chris.

“No-one writes like Tony and it has been exhilarating inhabiting the world he has created.”

When will The Responder be on?

With a trailer released and now interviews about the show on hit chat shows, you can bet your bottom dollar that The Responder is very close to broadcast.

Read more: Breeders series two on Sky One: Who’s in the cast alongside Martin Freeman and Daisy Haggard?

Although the BBC is remaining tight-lipped about when the five-episode series will be on, it looks likely that it will start at the end of this month or early in February.

Stand by for your next big, crime drama fix!