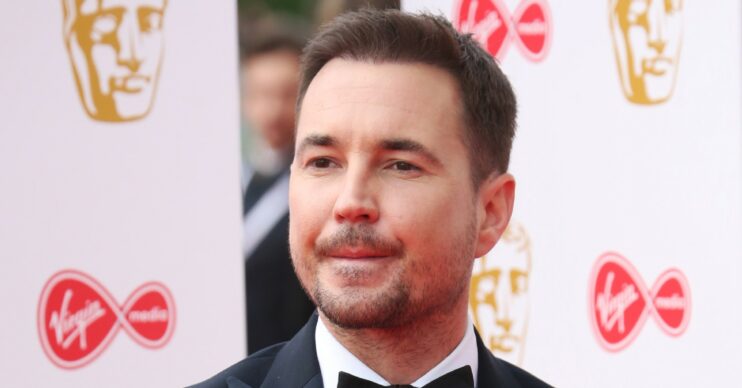 Back in 2012, Martin's personal life was tinged with sadness

Martin Compston is set to appear on many television screens across the country this weekend.

Not only is the Scottish actor starring in BBC One drama Vigil, he’s also taking part in Soccer Aid for Unicef.

Martin, 37, will line up with the likes of Usain Bolt, Kem Cetinay and Patrice Evra for the Rest of the World today (September 4).

Read more: Martin Compston announced as lead in new ITV thriller Our House – but what’s it about?

Meanwhile, Martin will also appear alongside Suranne Jones in the six-part drama series on Sunday evening.

But while the actor has a lot to be happy for now, he previously spoke about his sadness back in 2012.

Martin Compston opens up on the hard times

At the time, Martin’s career was in full swing after landing a series of acting gigs.

He had been praised for his big-screen roles in dark drama Piggy and Irvine Welsh’s Filth.

Meanwhile, Line Of Duty also started in the same year.

But as acclaim grew, Martin broke up with his ex-girlfriend and suffered the loss of his grandmother.

Speaking to the Daily Record in 2012, he said: “Although it was my most successful year, my personal life went to hell a wee bit because I was so immersed in the work.”

In terms of his relationship, Martin admitted he had “nothing but good things” to say about his ex.

My personal life went to hell

However, the two couldn’t make it work.

He shared: “My big regret is that I couldn’t make it work any more. But it is just part of this job.

“Just now, I’m in the running for an amazing job and if I get it, that will mean spending eight months in China. So how can you make any relationship work on those terms?”

Read more: Is Vigil on BBC One worthy of all the hype?

The loss of his grandmother happened while he was filming abroad.

The star continued: “We were filming at the top of the Alps and then my gran passed away. Suddenly I was in this place where people didn’t speak my language and my gran was dead.”

Martin went on to admit that he locked himself in a room, as he had “nobody to turn to”.

According to Tianna, they first met back in 2014.

The couple later tied the knot in 2016, but they’re pretty private about their personal life.

Martin and Tianna share a child together, however no pictures or the name of their baby have been revealed.

Watch Martin on Soccer Aid on ITV and Vigil on BBC One.