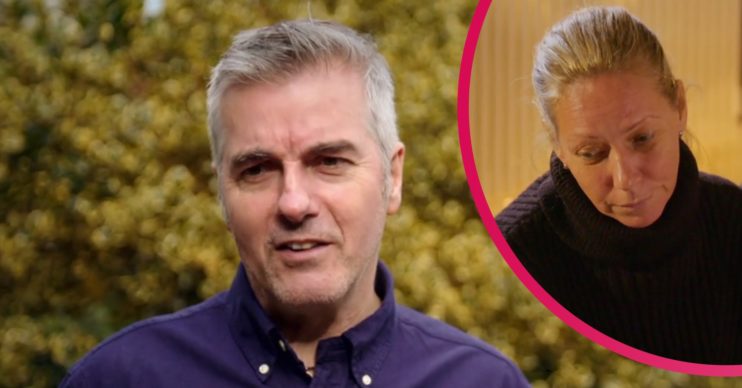 Married At First Sight viewers were divided over a bag that David got for Shareen as they headed off on their honeymoon.

The divorcee and events manager tied the knot in the Channel 4 series after experts found they were a perfect match, claiming David was essentially “Shareen with a penis”.

The bride stated confidently, ahead of saying their nuptials: “I feel there will be an instant connection.”

David said: “I’m looking for a friend, a lover, a partner. Someone prepared to dance in the rain… someone who’s prepared to get out of their comfort zone a little bit.”

What happened with David’s bag for Shareen on Married At First Sight?

During their honeymoon, David revealed that he had brought EDC (everyday carry) bags, one of which was a gift for Shareen.

He explained: “An EDC bag is, if you are a prepper, a bag you’re meant to have with you… it will get you through most minor emergencies.”

Shareen, looking surprised, said: “I’m a bit intrigued and a bit scared… all of this to me is so thoughtful, but out of my comfort zone.”

Inside, the contents included a face shield to wear when giving live-saving CPR, as well as a special pen that could be used to shatter glass.

Shareen didn’t like it at all, as she told David: “I’m looking at this and I’m genuinely struggling to breathe… that’s your everyday bag and that concerns me slightly.”

Later, she said: “My hands were sweating… ‘Oh my gosh, what have I done?’ This isn’t normally the mindset of a man I would continue choosing to date.”

What did Married At First Sight viewers say about David’s bag for Shareen?

Some felt that Shareen was making a big deal out of nothing.

One said: “The emergency bag is only weird until you need something from it. Fingers crossed Shareen gets a blister #MarriedAtFirstSightuk.”

I hope David finds a wife who appreciates a survival bag.

Another tweeted: “I don’t understand what’s happening? Why was the survival bag a big deal? Ok I mean not an ideal wedding gift but… #MarriedAtFirstSightuk.”

A third said: “I hope David finds a wife who appreciates a survival bag and the odd dodgy tattoo. He’s so lovely.”

A fourth put: “[Bleeping] hell, Shareen hates the bag, get over yourself hun #MarriedAtFirstSightuk.”

Someone else said: “My mind is blown that this woman wants an adventurous life touring the country in a camper van but doesn’t want a survival kit for the outdoors #Marriedatfirstsight.”

The emergency bag is only weird until you need something from it. Fingers crossed Shareen gets a blister #MarriedAtFirstSightuk

I dont understand what's happening? Why was the survival bag a big deal? Ok I mean not an ideal wedding gift but…….#MarriedAtFirstSightuk

However, some insisted that the everyday carry bag was too weird.

“And that’s why he’s single,” said one viewer. “His EDC bag with a pen to smash windscreens, a CPR face shield for blood or vomit. #MarriedAtFirstSightuk Run away now Shareen #DavidandShareen @Channel4.”

Someone else mocked, as it continued to become apparent that they weren’t an ideal match: “Hasn’t David got something he can pull out of his emergency bag for this situation!?”

“I mean, it is a bit weird having an emergency bag like that!” they added in another tweet.

I mean, it is a bit weird having an emergency bag like that! #MarriedAtFirstSightUK

What did you think of David’s EDC bag? Leave us a comment on our Facebook page @EntertainmentDailyFix and let us know.