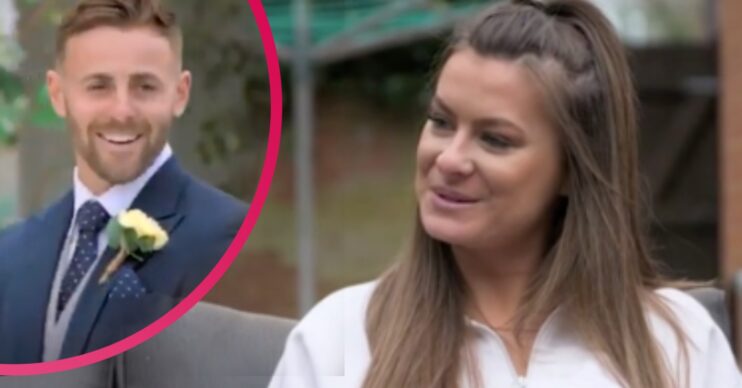 But viewers were left gobsmacked when Tayah said she was just 25 as some thought she was older.

Tayah was marrying 26-year-old Adam and, during the show, she was seen trying on wedding dresses.

She then revealed she was 25.

One person said: “Wowza Tayah’s pretty but she looks much older than 25, I thought she was somewhere between 34 and 40.”

Another wrote: “#MAFSUK watching on +1, OMG Tayah is 25!! She’s beautiful but honestly thought she was 40yrs old at least.”

Wowza Tayah’s pretty but she looks much older than 25, I thought she was somewhere between 34 and 40 #MAFSUK

Meanwhile, during last night’s episode, Tayah and Adam arrived at the altar to tie the knot.

However, Adam suffered an awkward gaffe when he mistook Tayah’s bridesmaid for her!

The scenes saw Tayah’s bridesmaid walk down the aisle as Adam said: “Wow, hi nice to meet you.”

One of the guests then said: That’s the bridesmaid Adam, false alarm.”

Viewers were amused on Twitter and poked fun at Adam.

One person laughed: “No way he thought the bridesmaid was the bride.That’s marrying a stranger for ya.”

Another said: “The moment he thought he was marrying the bridesmaid.”

One added: “DYINGGGGGGG at Adam mistaking the bridesmaid for his bride.”