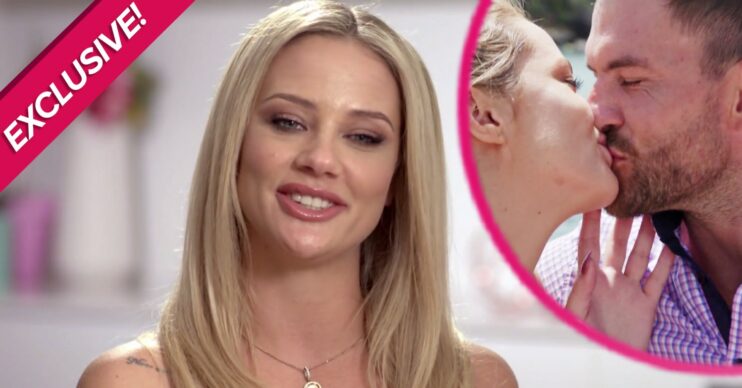 The Aussie star shares her honest advice for this year's couples

Married At First Sight star Jessika Power certainly caused a stir after appearing on the Australian version of the E4 reality series.

The 28-year-old model was initially matched with Mick Gould, before setting her sights on rugby player Dan Webb.

But what does Jessika make of the current UK season?

Here, Entertainment Daily! speaks exclusively to the star as she opens up on past regrets and her advice for this year’s couples.

While the E4 show has only just started in the UK, it’s already looking to be dramatic.

However, the show’s first ever gay couple, Daniel and Matt, appeared to be the perfect match last night (August 31).

But what is Jessika looking for this series?

She exclusively told ED!: “A little bit of drama always makes it for good TV, but in hindsight I would love to see these singles find love with their matched couple!

“Everyone loves a good love story over the drama. Look at Cam and Jules or Martha and Michael from my series!

“Watching mine and Dan’s affair unfold was entertaining, but it ended in tears. You want those other feel good moments when watching Married at First Sight.”

However, Jessika admitted she doesn’t regret her relationship with Dan.

In fact, she urges the new singletons to follow their hearts – just like she did – during the experiment.

Ultimately listen to what your head and heart are feeling

She added: “The experts are there to guide you, but ultimately listen to what your head and heart are feeling. You want to be sure that every choice you make in this experiment is your own.

“I received a lot of hate for that but I went with what I felt was right – just don’t do it the same way I did it.

“Try to be honest about your feelings from the second you have that thought process.”

Jessika continued: “I do regret the people I hurt in my journey to find love and I would take that back if I could.

“If I did my time over, I would still follow my heart but I wouldn’t be so sneaky or emotionless about it.”

Thankfully, the experiment isn’t all about the drama.

What other advice would Jessika give to the Married At First Sight UK stars?

The reality star advised: “Just have fun with it! Go in there with your heart on your sleeve and be raw, unedited and completely unapologetically yourself!

“Don’t have expectations, trust in the process and be true to yourself.”

Following her time on the series, Jessika also revealed she was viciously trolled over her appearance.

Jessika shares her experience with trolling

But sadly, she says the negative comments are just to be expected when appearing on a reality show.

Jessika concluded: “If you’re loved, if you’re hated, you will get hate!

“When I first joined the show, I said to myself, ‘I’m not going to worry about the opinions of anybody else but my family or friends.’

Read more: Married at First Sight: Is Mel Schilling in a relationship? How old is she?

“I really stuck to that the entire time and it’s what got me through all the trolling.

“Those people who wake up in the morning to troll you don’t pay your bills, so don’t let their opinions bother you!”

Married At First sight UK airs from Monday to Thursday every week on E4, at 9pm.