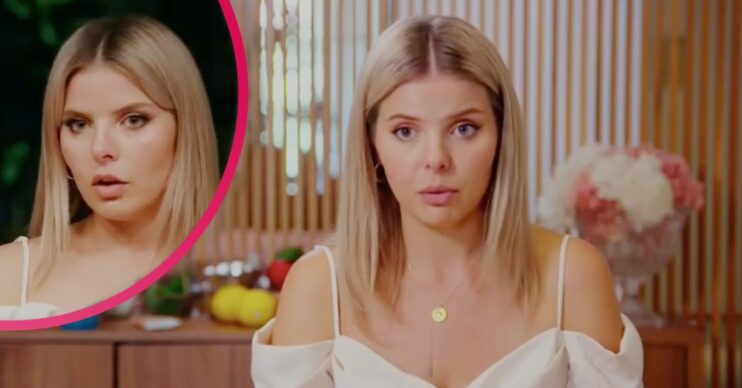 Holly Greenstein wades in on the MAFSA drama

Married At First Sight Australia bride Olivia Frazer has been labelled the villain of season 9.

Ire towards her escalated towards her after she viciously leaked a nude photo of Domenica Calarc to the entire cast.

Instead of owning up to her laps in decency, the star claims that the editing made her appear worse than she was.

She claims that Olivia’s behaviour was actually far worse…

Following her time on the show, Olivia has faced a lot of harassment online and in her home town.

In response, Olivia recently opened up and explained that the producers edited her unfairly.

Olivia claimed that she was embarrassed by how poorly she was edited on the show.

She told Jase & Lauren In The Morning: “I know people who have good edits are like, ‘Don’t blame the edit’, but a lot of what I say is completely taken out of context.”

Her husband Jackson also said: “To be perfectly honest, we’re watching this and being like, it’s a completely different story. It’s not us, that’s not how it happened at all.

“If you look at our whole story, they haven’t filmed us doing anything nice. I planned a massive thing for Liv at our home stay.

“It was really cute and beautiful. And they’ve changed it all to not look good for poor old Liv.”

Olivia’s worst moments were edited out

However, Holly Greenstein believes that the producers were actually generous with the footage they used.

Speaking to Hit Network radio hosts Mike and Emma, Holly shared what her “honest thoughts” on Olivia were.

She said: “I personally didn’t get a lot of kindness from Olivia and I did see a lot of bad behaviour from her.”

Holly also hinted that the producers were being too nice to Olivia.

“When it comes to scandals, the one thing I can guarantee you is what you’re watching, it’s toned down,” the fellow bride explained.

She then claimed that Olivia called her a ‘mosquito’ at the girls’ night but it was cut out.