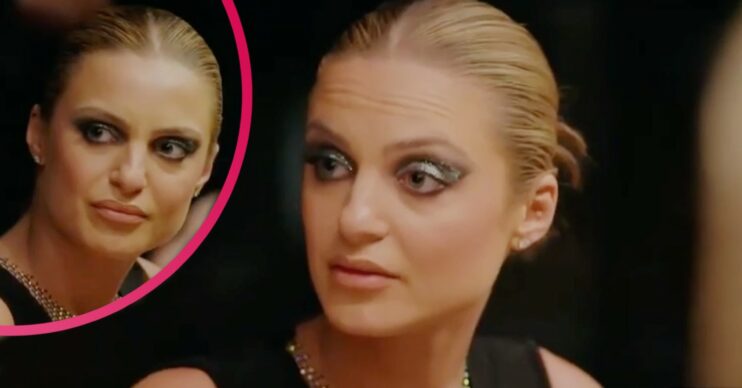 Married At First Sight Australia took a dark turn when a nude image of Domenica from her Only Fans got leaked and spread around the cast.

Domenica and her husband Jack were both mortified by their cast members’ actions to the point where they stormed off the set.

But has Domenica spoken up about the scandal since?

Here’s what she has said about her Only Fans photo since filming the series.

A naked photo from Domenica’s now deleted Only Fans account was discovered and spread across the cast.

The leaked image was found by Dom’s rival Olivia who had asked her friends to Google search her.

But viewers were disgusted when Olivia showed no remorse and seemingly claimed that she “felt no empathy” for her actions.

The pair got into a heated row around the dinner table, which led humiliated Domenica to finally say, “I have nothing else to say to these people,” before storming off in tears.

What has Married At First Sight Australia star Domenica said about the Only Fans photo?

Domenica has since opened up about her Only Fans account, claiming that she isn’t ashamed.

She told Yahoo: “The Only Fans thing I did in 2020 for like, literally, three or four months.

“It was a stage in my life where not only were we going into a global pandemic, but I had just gone through a divorce. I felt empowered by doing it.”

She then went on to say that she doesn’t regret taking the photo at all.

Dom said: “I don’t regret doing it at all and I think it was a great experience, but it’s not something that I want to pursue.

Read more: Who is the cast of Deadline on Channel 5?

Domenica also threw a MAFS screening party with her friends on her parents’ farm.

The attendees at the party all wore t-shirts that say: “My body, my choice”, in reference to the photo scandal.

Want one for yourself?

What did you think about the Married At First Sight Domenica Only Fans photo scandal? Head to our Facebook page @EntertainmentDailyFix and let us know.