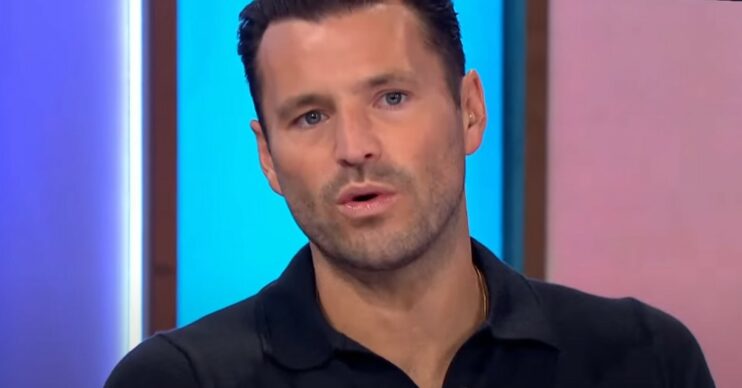 The former TOWIE star can't stop worrying about his health

Mark Wright has revealed on Loose Women that he suffers from “health anxiety”.

The former TOWIE star appeared on Loose Women on Thursday where he opened up about his private life.

Mark, 35, recently revealed that he had had a cancer scare. It led to him having an almost five-inch tumour removed from his armpit.

Opening up about his experience, Mark told the Loose Women that he first showed the lump to his family.

However, while some of them were worried, he said his dad tried to downplay it.

“He’s rubbish at getting himself checked out, whereas I’m the opposite,” said Mark. “It bothered me after a certain amount of time because the lump grew quite a lot.

“I was not having it and went to have it checked out – luckily I did, because look at the size of it. They removed it. It was growing at a rapid pace.”

Read more: Mark Wright reveals ‘tough rule’ he and Michelle Keegan had to cope with ‘hard’ time away

His family later faced another cancer scare, this time involving his father.

After spotting a “red scab” on his dad’s chest, Mark suspected it could be a skin cancer.

As a result, he forced his dad to visit the hospital to get checked out.

“I took him to the hospital and it was a form of skin cancer. They removed it, luckily it was benign,” he said.

“But, I remember seeing his face. He was shocked and he never gets things checked.”

To make matters worse for Mark, prostate cancer also runs in his family so he has to be extra aware.

“We’re told we have a high chance of having the prostate cancer gene, so we all have to go and get checked,” he explained.

“But my dad will just go for his check-up once every six months, while I’m going there scared, waiting for the worst. I am a bit of a panicker with that and I get anxiety with health issues, but I would prefer to be on the cautious side.”