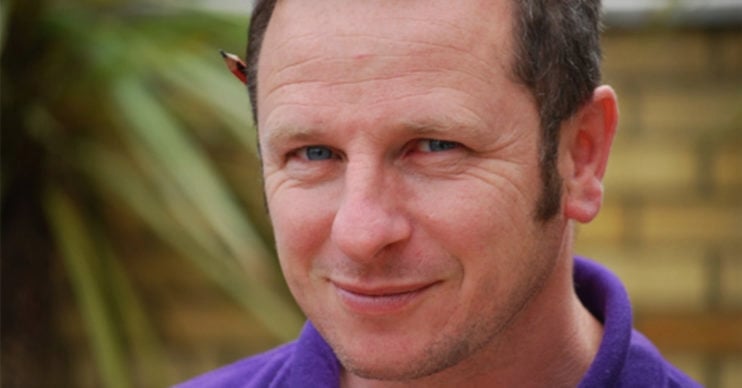 Mark Millar, DIY expert, is the star of Dream Kitchens and Bathrooms.

The DIY expert hosts this Channel 5 show in which he helps transform shabby kitchens and bathrooms to showroom-worthy setups.

So how did this handyman land his own show? And does he have a job outside of showbiz?

When did Mark Millar become famous?

Mark Millar became famous when he joined DIY SOS in 2005 as project manager.

He’d actually been asked to lead the show back in 1999.

But he turned it down because he had so many private client gigs booked up.

Seeing how much a success the show became, he was delighted to finally join.

He’s been a regular on the popular BBC show that made Nick Knowles a household name ever since.

Where is Mark Millar from DIY SOS from?

Mark is from Belfast, Ireland. He grew up during The Troubles.

He moved to England as a young man after training to be a carpenter.

He launched his own building firm that’s landed him various celebrity clientele over the years.

He’s even been commissioned for work projects in New York.

On his agent’s website, Mark’s business is described as: “Mark runs his own building firm in Bristol, which continues to be extremely successful.

“He has many celebrity clients and has worked on projects all over the US and Europe, including New York and Spain.”

What other shows has he been on?

In addition to his new Channel 5 series Dream Kitchens & Bathrooms with Mark Millar, he’s also appeared on many other shows.

You may remember him being on Children on Need throughout the years or as a DIY expert on various radio shows.

And he’s also appeared on The One Show and as a host on How Safe Is Your House.

What are some of Mark’s top DIY tips?

Mark regularly gives DIY tops on the telly and radio.

Most recently he dished out his best tips for home renovation.

While speaking to Buzz.ie, some of his tips may surprise you.

For example, he said getting local supplies can often prove cheaper than going to an out of the way superstore.

He advised: “Think about where you are going to get your materials from – the big out-of-town stores are not always the cheapest.

“Try your local builder’s merchant, you will be happily surprised at the deals you can get – and you’ll be helping keep local shops alive.”

What’s more, he advises you to get as many freebies as you can at the design stage.

He continues: “If you’re thinking about a new kitchen or bathroom, you can get companies to give you a layout plan before you buy from them or choose who you want to buy from.”

When is Dream Kitchens and Bathrooms with Mark Millar on?

This show is currently airing on Tuesdays at 7pm on Channel 5.

You can stream already aired episodes on the All5 app.