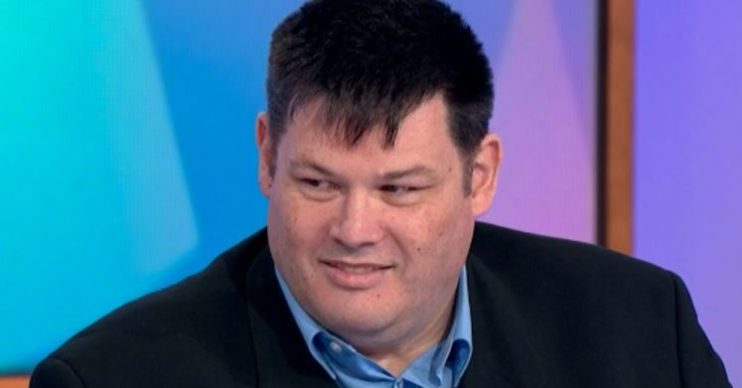 They were thought to have split earlier this year

The Chase’s Mark Labbett has revealed on Loose Women that he and his wife Katie are “working” on their relationship after she reportedly cheated on him.

Speaking on the programme today (10.09.19), The Beast insisted their “absolute priority” is their little boy.

Speaking further, Mark said a newspaper once offered them money to do an exclusive interview on their relationship, but they “respectfully declined”.

He continued: “It’s not what we do. You won’t find a picture of our son anywhere on the internet. It’s been quite a deliberate decision. Nor are we going to name him. If he wants to, when he’s old enough, have a social media presence that’s up to him. But I won’t do it for him.”

Panellist Denise Welch then asked the quizmaster: “So what you’re saying is, your wife and you are working through, and all is good and you’re still together?”

Mark was reported to have split from Katie, 27, in May after it emerged she had been having an affair with another man, Scott Bate, 28.

Speaking to The Sun on Sunday in May, Katie said her husband had been supportive of her new relationship and that the pair remained good friends.

Elsewhere in his Loose Women interview, Mark addressed rumours he would be following in the footsteps of fellow Chaser Anne Hegerty and appearing on I’m A Celebrity… Get Me Out Of Here!

But unfortunately for fans, he confirmed he won’t be doing the show any time soon, telling the panel: “I have one more free Monday been now and Christmas because I’m working all the time.

Mark was also asked about The Chase presenter Bradley Walsh and offered his unusual theory on who will be the next host.

As the conversation turned to the hit ITV game show, Christine said: “13 series! That’s a lot of questions, isn’t it?”

Mark replied: “We’ve only just got started. I have a theory. It’s a bit of a mad theory. I reckon Bradley’s going to keep doing it until his son, Barney, is ready to take over.

The Loose Women asked if Bradley would ever run out of his “smart alec introductions” and Mark told them: “Oh come on, this is Bradley! I know I’m biased but I reckon he’s the best game show host in the world.”