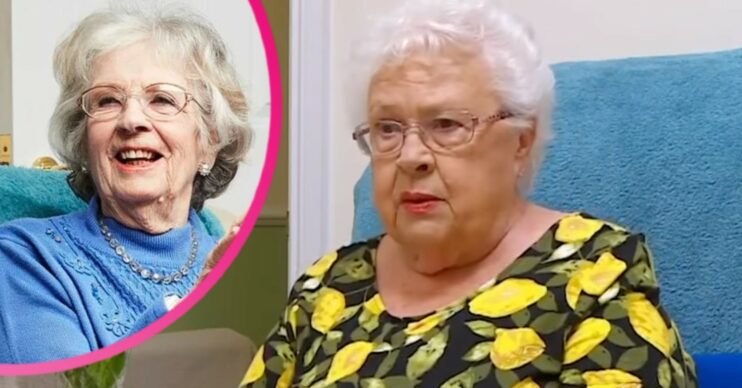 Mary passed away over the weekend

The 92-year-old sadly passed away at the weekend surrounded by her family.

Marina has admitted she is still coming to terms with the devastating loss.

She paid a short tribute to her best friend, saying she is “very sad”.

I’m a bit upset at the moment

On Twitter, one wrote: “Aw Mary you’ll be sorely missed, I’m so glad we’ve got the series to remember your laughs. Poor Marina I hope she’s got people around her to help her cope with the loss of her best friend.”

Another added: “My thoughts go out to Marina and all of Mary’s family and friends.”

A third shared: “Oh, I’m so sad to hear this. It was lovely to see Mary and Marina’s reunion in the recent series of Gogglebox, after Covid had kept them apart.

“Doubly sad for Marina, who has not only lost her best friend but (presumably) the Gogglebox crew as well.”

A fourth commented: “RIP Mary. Thoughts with her family and good friend and Gogglebox side-kick Marina.”

Alongside a photo of Mary and Marina on the show, the broadcaster shared a touching tribute.

They wrote: “We are extremely saddened to share that Gogglebox star Mary Cook passed away in hospital this weekend at the age of 92 with her family by her side.

“Beloved mother, grandmother, great-grandmother and dear friend to many, Mary, who worked in the hospitality trade, had been married and widowed twice.”

The statement continued: “Mary will be sorely missed by the entire Gogglebox family, cast and crew. Our love and thoughts are with Mary’s family, friends, and Marina.

Read more: As Gogglebox star Mary Cook dies aged 92, which other stars from the show have sadly passed away?

Mary and Marina first appeared on the Channel 4 show back in 2015.

Known for their witty humour, the pair have had viewers in hysterics over the years.

Click here to reminisce on Mary and Marina’s best moments from the series.