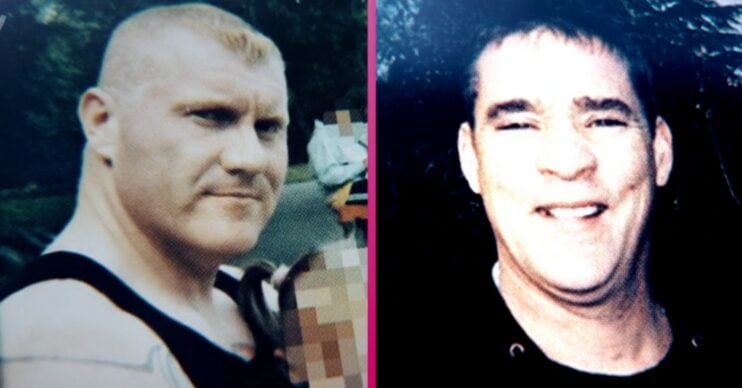 Manhunt: The Raoul Moat story on ITV1 – what happened to PC David Rathband?

Nicky Campbell looks back at the 2010 search for murderer Moat

Manhunt: The Raoul Moat Story re-examines the crimes of the murderer and the subsequent 2010 manhunt to find him – but what happened to injured PC David Rathband?

What did Raoul Moat do and why?

Here’s everything you need to know about the documentary fronted by Nicky Campbell.

Who was Raoul Moat and what did he do?

While Raoul was serving an 18-week prison sentence for assault, his girlfriend of six years broke off their relationship and started dating karate instructor Chris Brown.

Already scared of Raoul and terrified for Chris’ safety, Samantha told Moat that Chris was a police officer in the hopes of keeping him away.

After his release, cop-hater Raoul plotted his revenge, sourcing a firearm and planning a murderous spree.

The former nightclub bouncer subsequently shot his ex-girlfriend Samantha – and mother of his child – and left her fighting for her life in July 2010.

The killer, 37 at the time, subsequently went on the run to evade capture by the police.

The manhunt became one of the most publicised in UK history, lasting a week.

Raoul eventually shot himself dead while surrounded by armed police – but not before shooting PC David Rathband in the face.

While Raoul was on the run, he shot on-duty police officer David Rathband in the face.

The attack left the policeman blinded, and with life-changing injuries.

He struggled to cope with the impact of his irreversible injuries.

Tragically, he took his own life 18 months later.

The ITV1 documentary includes the emergency phone call David himself managed to make to his fellow officers after Moat attacked him.

“I’ve been shot,” he was heard desperately saying into his radio in the audio clip.

The doc also shows pictures of his horrific facial injuries.

David had said about the attack: “I looked into his eyes and saw nothing – no emotion. Then I felt the pain full-on in my face.

“I knew my right eye socket had just exploded and my eye had gone.”

The couple had a four-year-old daughter together.

On July 5 2010, Samantha was declared to no longer be in a critical condition following the attack, and left hospital on July 17.

That same day she issued a direct appeal to Raoul Moat, who had gone on the run.

She said: “Please give yourself up. If you still loved me and our baby you would not be doing this.”

After his suicide, she told the News of The World: “There was nothing I could do against a madman with a gun.

“I had to get back to the house to make sure my baby daughter Chanel was safe.

“I saw the sparks flying off Raoul’s gun as he shot me.

“Then I was on the floor with blood pumping out everywhere.”

She subsequently admitted she had struggled with suicidal thoughts, but had not harmed herself because of her daughter.

Chanel is now thought to be 14 years of age.

Samantha has tried to keep a low profile since the events, and has not spoken publicly since 2013.

Manhunt: The Raoul Moat Story on ITV1 – is it a repeat?

Nicky Campbell presents this ITV documentary looking back at the real-life drama surrounding the manhunt for Raoul Moat as it unfolded in July 2010.

Archive footage combines with interviews with family members, witnesses and journalists to piece together the tragic events that horrified the nation.

The siege only ending when Raoul Moat shot himself dead while surrounded by armed police.

The documentary originally aired in 2020, 10 years after the manhunt took place.

At the time, viewers were emotional as Manhunt included footage of David.

Do you remember when this shocking news story broke? Leave us a comment on our Facebook page @EntertainmentDailyFix and let us know.