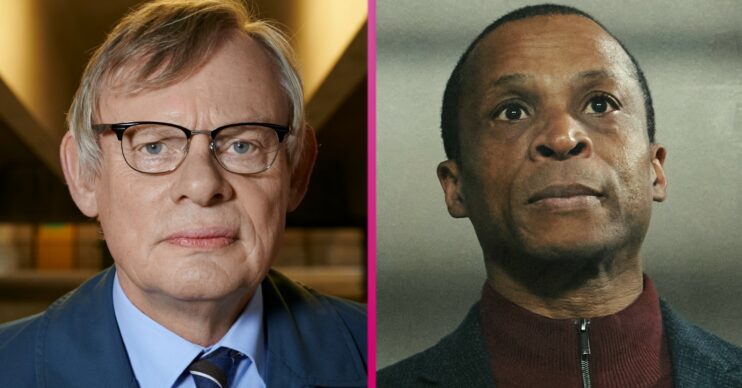 Manhunt: The Night Stalker on ITV1: How many episodes is it, how can I watch it and is it based on a true story?

Manhunt returns to our screens with a second series entitled The Night Stalker – but what’s it about?

Is it a true story, how many parts is it and how can you watch it?

Here’s everything you need to know about the ITV1 drama starring Martin Clunes as DCI Sutton.

Read more: Martin Clunes: Who is the star’s wife and what does she do?

Manhunt: The Night Stalker on ITV1

Nine million people followed the first series of Manhunt in 2019.

ITV is now showing the second series, based on the memoirs of DCI Colin Sutton (played by Martin Clunes).

Manhunt: The Night Stalker follows the story of Britain’s most prolific rapist who raped around 600 elderly people over 17 years.

What is the new series of Manhunt about? Is it a true story?

Manhunt: The Night Stalker tells the real-life story of the race to catch a notorious serial rapist known also as Minstead Man.

The programme is based on Colin Sutton’s diaries.

“The team behind the first Manhunt – Ed Whitmore, Marc Evans, along with Buffalo and Philippa Braithwaite – will make sure this is another compelling and respectful dramatisation of a truly shocking crime that affected so many families.”

How many parts is Manhunt series two The Night Stalker?

Manhunt: The Night Stalker is a four-part drama.

Each episode will be one hour long, including adverts.

ITV confirmed a second series of Manhunt had been commission in November 2020.

Producer Philippa Braithwaite said at the time: “The drama explores how Colin came late to the inquiry and helped solve it in a matter of weeks, taking an incredibly dangerous serial rapist off the streets.”

How can I watch the second series of Manhunt?

Episode two will air the next night, on Tuesday September 21 2021 at the same time.

The fourth and final episode airs on Thursday September 23 2021.

All the episodes will be available on the ITV Hub after transmission.

Where is series two of Manhunt filmed?

The new series continued filming in locations such as The Old Bank of England building on Bridge Street.

The venue was transformed into a London police station for the duration of filming.

The driving sequences for season two were shot along St Phillips Causeway and Gloucester Road.

Producer Jo Willett says: “Although Manhunt: The Night Stalker is set in suburban South London, we decided to move the majority of our shoot to Bristol, with a few days at the end for some key London shots.”

Manhunt: The Night Stalker starts on Monday September 20 2021 at 9pm on ITV1.

Are you looking forward to watching Manhunt: The Night Stalker on ITV1? Leave us a comment on our Facebook page @EntertainmentDailyFix.