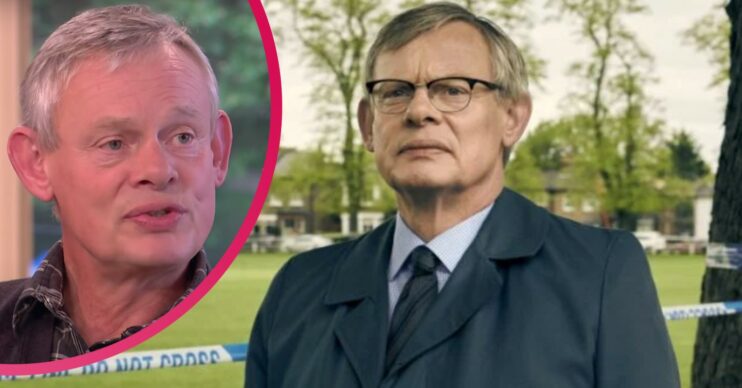 Manhunt 2: When does Martin Clunes ITV drama begin and who’s in the cast?

First series aired on telly in 2019

Martin Clunes will reprise his role as detective Colin Sutton in Manhunt 2: The Night Stalker.

The first series of Manhunt, which was on TV in 2019, focused on the murder of French student Amelie Delagrange.

The upcoming second series sees Clunes as Sutton investigate another case based on real life circumstances, adapted from the policeman’s diaries.

What is Manhunt 2: The Night Stalker about?

Read more: Is Martin Clunes still married and how many children does the star have?

Producers will hope Manhunt 2 proves as popular as the first series, watched by nine million viewers.

ITV confirmed a second series had been commission in November 2020.

Producer Philippa Braithwaite said at the time: “The drama explores how Colin came late to the inquiry and helped solve it in a matter of weeks, taking an incredibly dangerous serial rapist off the streets.”

When does Manhunt 2: The Night Stalker begin on TV?

A start date for Manhunt 2: The Night Stalker has not yet been confirmed.

But eager viewers have spotted that a short ad for the drama has aired on the channel. This indicates an air date will likely be announced very soon.

And according to reactions on social media, fans can’t wait for it to get going.

The drama explores how Colin came late to the inquiry and helped solve it in a matter of weeks.

One person tweeted a few days ago (Friday June 25): “Series 1 was terrific.”

And a third person agreed: “I saw them advertising it on TV. Really good first series and Martin Clunes shows what a versatile actor he is in this.”

Who else in the cast of Manhunt 2 alongside Martin Clunes?

Several cast members of Manhunt 2 are listed on imdb.com.

However, the actor playing Delroy Grant – the Night Stalker himself – is not identfied.

Nonetheless, among the cast alongside Martin Clunes are the likes of Ian Conningham, Diveen Henry and Edward Llewelyn.

Joining them are Sule Rimi and Kirris Riviere.

None of these performers appeared in the first series of Manhunt, but Diveen and Sule both play police officers assisting in the case.