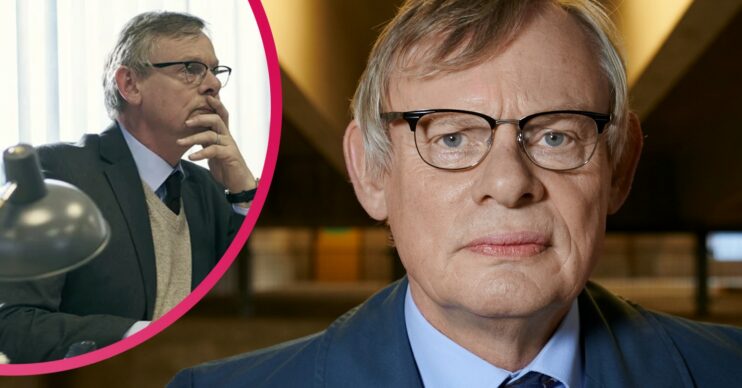 Manhunt on ITV1: Can I still watch series one? How can I watch it and is it free?

Martin Clunes returns to our TV screens as the dedicated and determined DCI Colin Sutton in Manhunt series two this week – but can you still watch Manhunt series one?

In 2019, the Doc Martin actor proved he was capable of so much more than comedy when he portrayed real-life Met detective Sutton.

Manhunt series one has been watched by more than nine million viewers since it first aired.

Manhunt series one – can I still watch it?

The good news is that Manhunt is still available to watch.

For those of you who missed the first series, you can still catch it on various platforms.

How do I watch it now?

Manhunt series one is currently available to watch on the ITV Hub.

The three-part drama is free to watch on the ITV Hub, or ad-free on ITV Hub+.

Alternatively, Amazon Prime has the episodes to download for £2.49p an episode or the entire series one costs £6.99p.

When did Manhunt series one first air?

The first series of Manhunt made its debut in the United Kingdom on January 6 2019.

Manhunt became ITV’s highest rated launch of a new drama series since the first series of Broadchurch in 2013.

What was it about?

The three-part series showed how his team eventually linked the murder of Amélie Delagrange on Twickenham Green, in 2004, to the murder of Marsha McDonnell a year earlier and the murder of schoolgirl Milly Dowler in 2002.

Eventually, Levi Bellfield was convicted of the murders of Marsha McDonnell and Amélie Delagrange and the attempted murder of Sarah Knight.

He was sentenced to three life sentences with a recommendation to never be released from prison.

Furthermore, on June 23 2011, Levi Bellfield was found guilty of the murder of Milly Dowler, and sentenced to a second life imprisonment.

Watch Manhunt series one: Is series two a sequel?

Series two of Manhunt is not strictly a sequel to Manhunt.

Although Martin Clunes reprises his role as real life DCI Colin Sutton, the case is totally different to series one.

Manhunt series one is based on the true story surrounding the investigation into the death of French student Amélie Delagrange.

The subsequent manhunt eventually led to the arrest of Levi Bellfield for Delagrange’s murder.

Series two focuses on the vile crimes of serial rapist Delroy Grant, also known as The Night Stalker and the Minstead Man.

Viewers can watch and enjoy series two without having watched series one – although it’s a richer experience if you HAVE watched the first series.

Manhunt series two, The Night Stalker, airs across consecutive nights from Monday September 20 2021 to Thursday September 23 2021 at 9pm on ITV1.