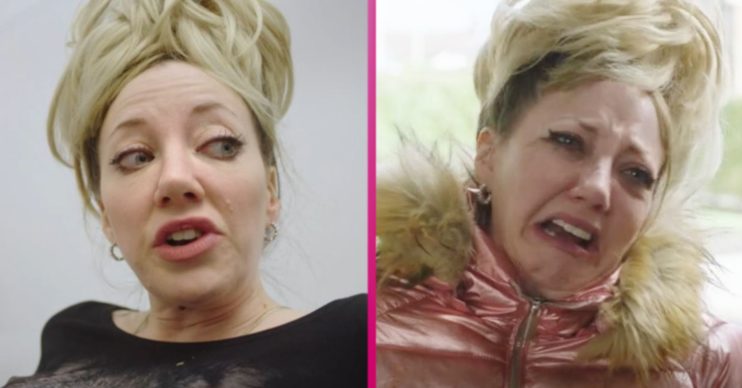 Mandy on BBC Two: Viewers call for another series

Mandy concluded last night and viewers are begging the BBC for more episodes.

The comedy series, written by and starring comedian Diane Morgan, aired across six 15-minute episodes over the last three weeks.

It centred on Mandy and the hilarious – and often-awkward – adventures she gets herself and those around her into.

What did BBC viewers think of Mandy?

Viewers enjoyed it so much, they are calling for a second series.

On Twitter, one said: “#Mandy shame that was end of series, it’s great telly, we need more! @missdianemorgan.”

Another wrote: “@missdianemorgan in series two of #Mandy I reckon #joannalumley should play your mum in full patsy gear!”

A third tweeted: “Hoping for another series. Would like to see Mandy sent to Channel 4’s The Yorkshire Job Centre for retraining, and failing spectacularly in further employment opportunities.”

Someone else put: “Brilliant series! Any plans of another series…? Still the same format and that infamous #Mandy face!”

“Just finished #Mandy and thought it was delightful and grand,” said another. “Lots of ‘oh no!’ moments (the dog!) and some brilliant cameos, plus @MrMichaelSpicer. But credit to @missdianemorgan for creating such a character. Hope there’s another series.”

Just finished #Mandy and thought it was delightful and grand. Lots of “oh no!” moments (the dog!) and some brilliant cameos plus @MrMichaelSpicer but credit to @missdianemorgan for creating such a character. Hope there’s another series.

In one of them, Mandy was on a health kick and prescribed new medication.

Determined to eat better, she got a bag of raw meat from the butchers. And to be more active, she found an old man (David Bradley) who allowed her to take his dog for a walk.

But the pooch proved too much for her to control. Mandy was pulled off her feet, knocked unconscious and dragged along with her hand caught in the lead.

When she came too, she was covered in pieces of the neat from the butchers, which the dog has taken from her bag before running off. Poor Mandy feared she had killed the dog in medicated frenzy and eaten him.

What did you think of Mandy? Leave us a comment on our Facebook page @EntertainmentDailyFix and let us know.