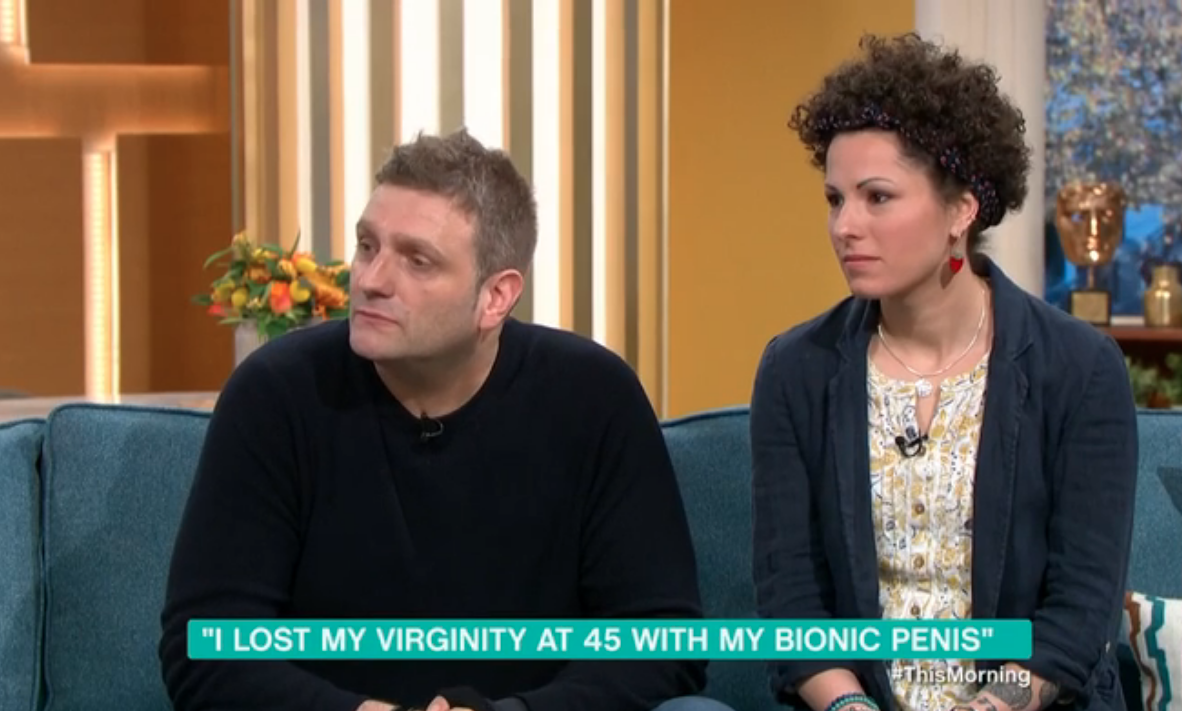 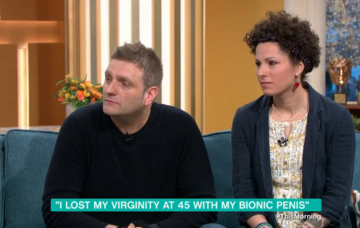 A man who was born with his bladder outside his body, one testicle and no penis has had his life transformed after years of painful surgeries.

Andrew Wardle has suffered immense physical and emotional pain throughout his life due to the one-in-twenty-million birth defect, appearing on This Morning several times to relate his story to viewers.

But now, at the age of 46, Andrew has lost his virginity and can plan to start a family with his partner – thanks to a £70,000 implant using skin from across his body.

“The skin comes from your arm, with the muscle and they take nerves and veins from your back, all over the place really,” Andrew told hosts Phillip Schofield and Rochelle Humes as he appeared on the ITV show again earlier today.

However, the procedure requires the implant to be extended for a period of time to ensure the skin grafts stretch correctly – giving Andrew a permanent erection for three weeks.

This left him housebound and in severe pain for the best part of a month.

But once his synthetic appendage had been broken in, doctors gave him the all clear to start having sex in the summer.

“We got there. We built it in a different way, in an old school way, in a sense.

“He’s my best friend, my partner in crime and we got there in just under six years.”

The Bionic Penis story on @thismorning was amazing and heart-breaking in equal measure. What an inspiration the man is.

Describing their first time, she continued: “It was really natural, it only lasted around 30 minutes. I was really nervous not to cause any pain, which is usually the other way around, isn’t it.

“It was just really magical, because we know it so well, that was just the cherry on the top.”

However, it is expected to be a couple of years before Andrew comes to associate feelings of pleasure with a part of his body that has previously caused him years of agony and unhappiness and made him the target of bullies during his youth.

Sounding a note of caution, he said: “It’s still not quite there yet. They say it will take about two years.”

Andrew continued: “When I used to think of it as a child, it’s just bullying – pure physical pain, mental pain.

“So to link it with pleasure I think it’s near impossible, but I will get there.”

Only had ITV This Morning on for 20 mins and so far there’s been a transgender debate, Alison Hammond live in the Swiss alps, a bloke with a bionic penis and now a singing donkey. Can’t say it’s not a diverse show!