Channel 4 documentary series 24 Hours in A&E had viewers in tears with the story of a man who died from a "broken heart" after his wife passed away.

His daughter Sam explained that her mum, Paul's wife Gillian, had undergone an ultrasound and had to have emergency surgery for a twisted intestine.

Read more: Who Do You Think You Are viewers heartbroken as Daniel Radcliffe reads great-grandfather's suicide note

The family had told Paul what was happening and that was the moment he fell ill.

They rushed him to St George's, where doctors put him on monitoring equipment and attempted to bring his heart rate down.

At the end of the episode, it was revealed that Paul was monitored for three days on a specialist ward at the hospital, and while there he was reunited with his love Gillian. 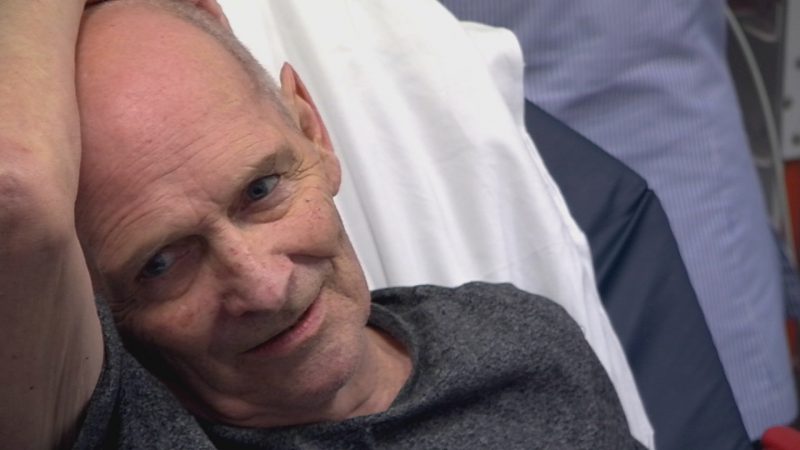 A message on screen informed viewers that Gillian passed away 11 days later.

Sam continued: "On that day, dad was holding mum's hand. Mum couldn't live without dad and dad couldn't live without mum. Dad believed that there was something on the other side, and that he would be back with mum. I remember him saying to me, 'I can't wait to meet mum again.' It was heartbreaking. Things deteriorated and he just passed away."

Paul died of a broken heart, but at least he's with Gillian.

One wrote, with a crying-face and broken-heart emoji: "Oh, they both died. RIP Paul and Gillian."

Another said: "Aww this is so, so sad. Paul died of a broken heart, but at least he's with Gillian #24hrsae."

A fourth wrote: "...oh my goodness, RIP Gillian and Paul. Was not expecting that ending #24hrsAE."

Aww this is so, so sad. Paul died of a broken heart 💔 but at least he's with Gillian #24hrsae

....oh my goodness, RIP Gillian and Paul 🌹 - was not expecting that ending #24hrsAE