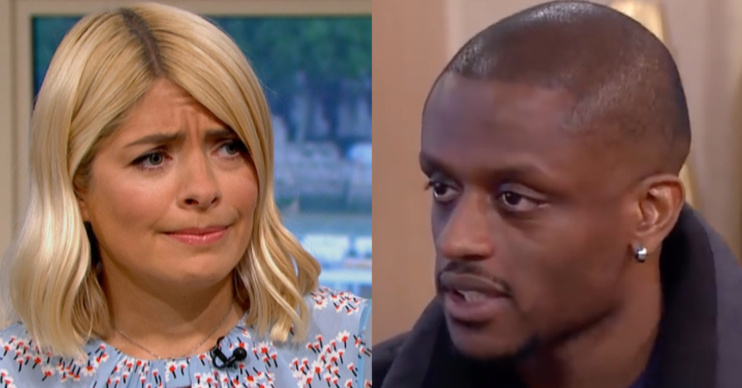 Britain's Got Talent fans may recognise the magician from Peckham

Britain’s Got Talent star Magical Bones may look familiar to some viewers.

That’s because tonight (May 2) isn’t the first time the talented BGT magician from Peckham (real name Richard Essien) has been on the box.

Four years ago back in 2016, the 37-year-old appeared on ITV’s This Morning where he met Holly Willoughby and Phillip Schofield.

He was brought onto the show to perform a series of stunts for the presenters – including his trademark backflip card trick.

The performance freaked Holly out to the point that she was literally squealing and screaming live on TV.

After watching Magical Bones turn a stack of receipts into a wad of cash and a deck of cards into a block of glass, the This Morning presenter was in awe.

Although Magical Bones has been mastering the art of magic for ten years, the artist is yet to be given his big break.

However, he’s hoping that Britain’s Got Talent may finally give him that opportunity.

Speaking ahead of his audition, he admitted his dream is to one day perform on stage in Las Vegas.

When asked by Simon Cowell if he has what it takes to compete with the best, Magical Bones didn’t hesitate with an answer.

“I think I do,” he told the music mogul. “I think I’m original and the stuff I do, nobody else does it.”

Other celebrities that have been wowed by Magical Bones include Richard Branson, The Jacksons and Gaby Roslin.

During his breakdancing career, he’s also worked with huge A listers including Madonna and Alicia Keys.

In addition, he’s worked with British rapper Plan B.

Magical Bones was also in the music video for number one hit single Singing In The Rain by Mint Royals.

The stage name Magical Bones comes from the nickname he was given while breakdancing – Bones.

However, despite a successful career in dance, he now focuses on his magic.

Prior to Britain’s Got Talent, he took part in the TV series Around The World In 80 Tricks.

According to his website, the series has been watched in more than 60 millions homes globally.

He is currently planning his first National UK Tour called Black Magic – which is set to go ahead after lockdown finishes.