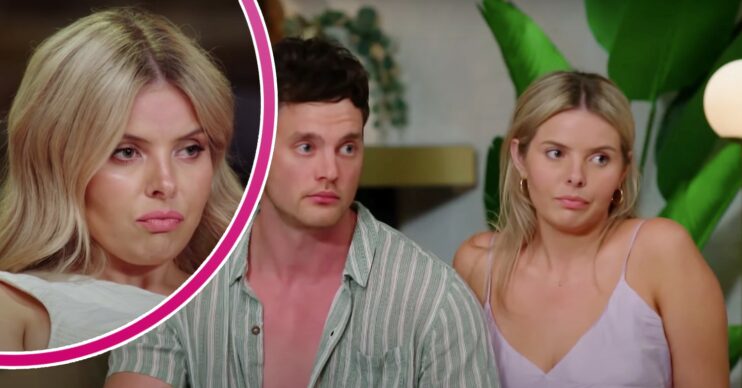 MAFSA: Olivia boasts about top earnings on OnlyFans after that Domenica attack!

She let her Married At First Sight rival take the heat for her nude pic!

Married At First Sight Australia villain Olivia Frazer has received a lot of backlash after she revealed that she’d joined OnlyFans.

But Olivia is having the last laugh, thanks to her astronomical earnings on the adult website!

The reality star revealed that she is even in the top o.2 per cent of all creators after she boasted about her incredible earnings.

For those who may not remember, Olivia was crowned the villain of MAFSA after she leaked Dom’s OnlyFans photo.

The reality star left everyone disgusted when she discovered a nude photo of Dom and leaked it to almost the entire cast.

She then brought up the news at a dinner party and confessed to Dom that she shared the photo with everyone.

But when Dom stormed off the set in tears, Olivia still refused to accept responsibility claiming that it was her fault for putting it out on the internet.

After filming the series, Olivia ended up losing her job as a teaching assistant due to her vile behaviour on the show.

Read more: MAFSA: Olivia and Jackson ‘disgusted’ as OnlyFans account leaked and sent to his mother

However, things took a drastic turn when Olivia revealed that she created an OnlyFans of her own!

The star charges her subscribers $14.99 per month and 12-month packages can be purchased for $126.

Which is on the pricey side for OnlyFans!

In addition to her OnlyFans account, Olivia is also open to personal requests and has been sending nudes to fans privately.

During a Q&A on Instagram, Olivia revealed that she is one of the top creators for OnlyFans.

When asked what she thought of a petition to have her removed from the site, Olivia explained that she is a ‘good investment’ for OnlyFans.

Olivia then posted a screenshot from her stats page as proof that she is in the top 0.2 percent of creators.

The former teaching assistant also recently boasted about her earnings on OnlyFans on the So Dramatic podcast.

She revealed that she makes even more than Jessika Power who was also a contestant on Married At First Sight Australia.