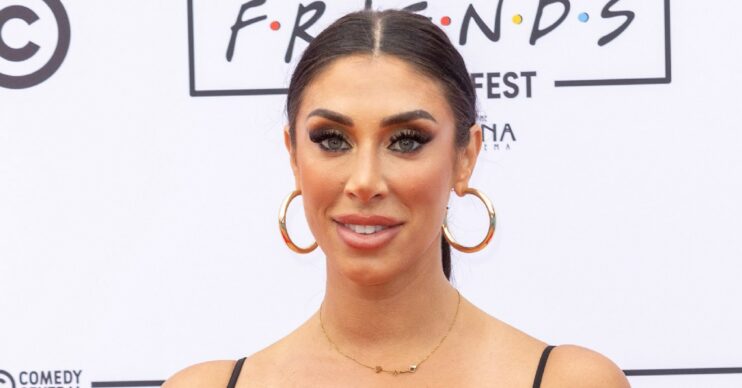 MAFS Australia star Tamara Joy has revealed her plans to move to the UK after finding love.

The 32-year-old reality star previously appeared on the Aussie dating series, which aired on E4 earlier this year.

Now, Tamara has opened up on her plans to take on the UK.

What did Tamara Joy say?

She told The Sun: “I have some work coming up, just little bits and pieces really. I definitely want to be here [UK] long-term.”

I am dating someone, it’s going well

The relationship comes years after her disastrous marriage with show husband, Dan Webb.

However, Tamara wouldn’t dish the dirt on her mystery man.

Tamara added: “I am dating someone, it’s going well but I am going to keep that to myself. It is quite fresh, you’ll have to just wait and see.”

What happened to Tamara on MAFS Australia?

Tamara’s appearance on MAFS Australia was nothing short of dramatic.

She joined the series midway through the experiment with rugby player Dan.

Despite getting hitched, Dan later chose to couple up with fellow bride Jessika Power.

Read more: Can’t wait for the new Love Island? Here’s 5 dating shows that are even better!

The pair went on to enjoy a secret romance, having met up behind their partners’ backs.

Speaking of her on-screen husband, Tamara previously revealed on Instagram: “Was I initially attracted to him, no.

“Did we get along, yeah we did. Dan and I became really fast friends.”

Meanwhile, Jessika once admitted she regretted “inflicting pain” on Tamara.

The online influencer started the experiment with husband Mick Gould, before swiftly moving on to Dan.

In March, Jessika told Entertainment Daily!: “Watching back my time on the show I really regret the amount of pain I inflicted on Mick and Tamara, the situation could have been handled so differently.

“I also had no sense of empathy or emotion and had my nose in everyone’s business. It’s really hard watching that Jess back because it’s so clear to me how broken I was inside, as a person to be that way towards others.”

But it appears the drama hasn’t affected Tamara, who is currently living it up in the UK.

Updating fans on her time in London, she posted online: “I have been having so much fun in London and met some amazing people. I am so happy and grateful.”