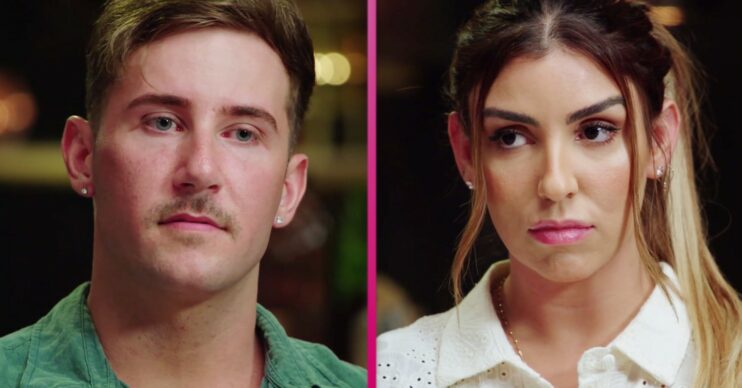 The found love... just not with their own partners

E4’s Married At First Sight Australia plunged into chaos when Daniel and Carolina wanted to recouple and continue the experiment together.

The pair left viewers speechless when their romance started out on the show as an ‘affair’ and broke Dion’s heart.

But are the controversial couple still together?

Daniel and Carolina first met at a dinner party, when they were still ‘married’ to their significant others.

The pair then shocked viewers when they appeared to have way better chemistry than with their partners.

Daniel told Who: “There was something about it that… I felt something between us. I just knew something was there.

“At the time I thought, this is a good feeling. I can’t explain it but it was the feeling I thought i was going to have with my bride.

“My whole demeanuor changed when I was talking to Carolina. I was more confused, but I was intrigued. There was so much going on in my head.”

The romance between Daniel and Carolina then started to blossom after his wife Jess left the show, and they both decided that they wanted to continue the experiment together.

Speaking to the relationship experts, Daniel said: “We are genuine and real about this experiment and how we feel about each other. So yes, there is a part of us that would like to continue this experiment together.”

However, the experts unanimously rejected Daniel and Carolina’s request to stay on the programme.

Are Daniel and Carolina still together?

As far as we know, Daniel and Carolina are still together.

The happy couple spoke out on Today to defend their relationship and claim that they really are in love.

Carolina said: “Well we never really had anything with our partners apart from a fake marriage and an experiment really.

“It’s not like we had an emotional or physical connection with any of them, so we didn’t think we owed them anything.

They also revealed that they have fallen in love and are currently living together.

Daniel shared: “We are in love, we live together and we are just being ourselves.”