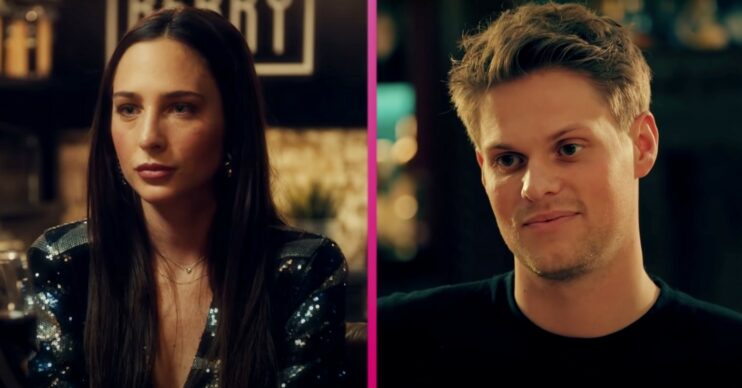 Made In Chelsea: Who did James cheat on Maeva with? Have they split?

James caught cheating on his girlfriend with another girl

Made In Chelsea fans were shocked when they found out that James Taylor had cheated on his girlfriend Maeva.

A video of James kissing another girl outside the nightclub Raffles was leaked on last night’s episode.

But who did he cheat on her with? And are James and Maeva still together?

Who did James cheat Maeva with?

Maeva faces fresh heartache on Made In Chelsea after discovering that her boyfriend James Taylor had kissed another woman behind her back!

The couple’s future was thrown into doubt after a video of James being unfaithful, just days before he brutally rejected her proposal, was revealed.

The video showed James sharing a steamy kiss with a girl after partying at the nightclub Raffles.

James admitted that it was a drunken mistake and confessed that he still loves her and will do anything to win her back.

However, Maeva was left devastated after learning of James’s infidelity and questioned whether she should take him back.

A source told OK: “This was the very last thing Maeva wanted.

Read more: Made In Chelsea – why did Harvey and Emily split?

“She was left humiliated by James after he said no to her proposal, but she’s since had to discover much worse.

“For Maeva the timing was awful: while she planned a romantic proposal, James was kissing someone else and keeping it a secret from her. She only learned the truth when a video of James from the night he cheated resurfaced.”

Are James and Maeva still together?

There’s still hope for us James and Maeva fans as the pair still appear to be going strong on social media.

A few weeks ago for James Taylor’s birthday, the reality star shared a post of the pair together.

He captioned it: “Spending a birthday with someone special is always better.”

Maeva also shared a sweet video of the two of them on her Instagram.

The video was a clip of Maeva and James looking loved-up on Made In Chelsea.

She said: “Together no matter what.”