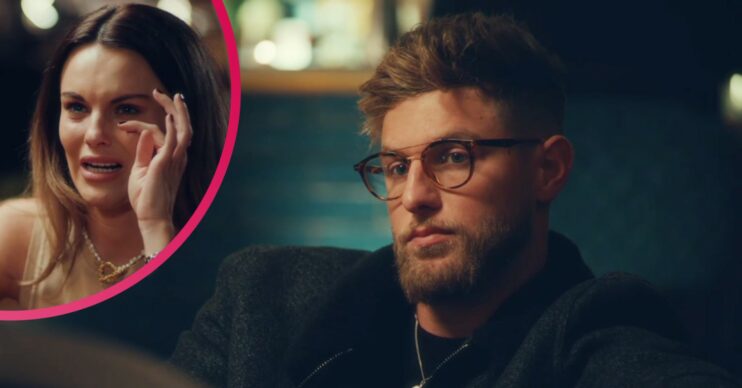 Made In Chelsea: Who did Harvey cheat on Emily with? Are they back together?

Another MiC couple bit the dust

Made In Chelsea fans were heartbroken following the rumours that Harvey Armstrong was unfaithful to Emily.

The allegations broke out after Emily received a photo of Harvey cuddling up with another girl.

During Monday’s episode, Harvey eventually admits to cheating, which resulted in the end of their two-year relationship.

But who did he cheat on Emily with?

Made In Chelsea photo drama

During the latest episode of Made In Chelsea, fans were speechless when Emily and Harvey’s two-year relationship turned to heartbreak.

Emily was shocked when she received a photo of Harvey with his arm around a mystery girl after Tristan’s house party.

According to Emily, Harvey came home at 8am, but Tristan said that Harvey left his house at 6am.

Although Tristan said that Harvey didn’t cheat on her, Emily still had doubts in her head.

When she finally confronted Harvey about it, he explained that the girl “was cold”, before Emily said that “something still isn’t adding up”.

Eventually it was revealed that Harvey did in fact cheat on Emily with the unnamed female.

Harvey confirmed: “I kissed the girl.”

This led to Emily storming off screaming the bar down as she went.

Are they back together?

No, Harvey and Emily are not back together.

In an interview with OK magazine Harvey confirmed his split with Emily.

He said: “I think it was a case of sort of growing apart as people and just being at different stages of our lives really… never say never.”

Despite their rocky relationship, Harvey and Emily were together for two years and even shared a flat in London together.

Speaking about living arrangements after their break up, Harvey also explained: “It has been quite a disruptive change and with every breakup you have got to keep your own space haven’t you? I have temporarily moved.”

Made In Chelsea continues to E4 on Monday night.