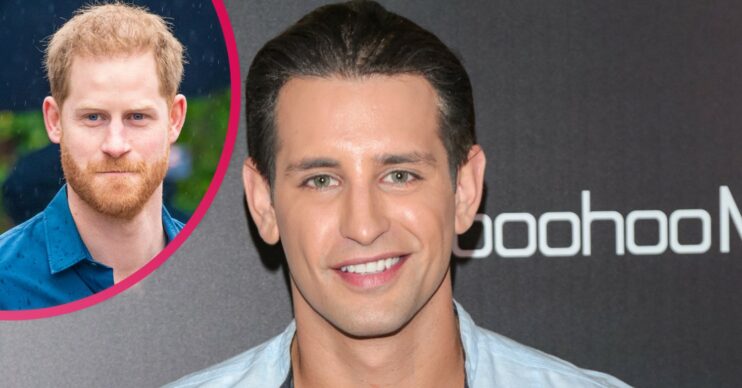 Made in Chelsea star Ollie Locke has shocked fans with a series of revelations about the country’s most well-known faces.

Prime Minister Boris Johnson was first on his list as Ollie declared he is actually a Made in Chelsea superfan.

According to the reality star, Boris “fan-boy’ed” over him at an awards ceremony.

Ollie also recalled an experience he had with Prince Harry and Princess Eugenie at a nightclub, where Harry called him “handsome”.

Boris Johnson is a Made in Chelsea superfan

Made In Chelsea star Ollie Locke recalled meeting Boris Johnson for the first time after revealing that he was going to ask Boris’s wife Carrie to help make it easier for gay couples to adopt.

And it turns out that Boris is an even bigger Made in Chelsea fan than we are!

Read more: Made In Chelsea: Are James and Maeva still together after he turned down her marriage proposal

He claimed that Boris Johnson “lost his mind” meeting him at an awards ceremony.

Ollie told the Daily Mail: “I swear on my life, before he was Prime Minister, I walked into an awards ceremony once and Boris lost his mind fan-boy’ing me. Boris was like: ‘Ollie Locke from Made in Chelsea!'”

Ollie also recalled meeting Prince Harry and was taken aback when he complimented his looks.

Before finding fame on Made in Chelsea, Ollie worked at a nightclub, where he bumped into Harry.

He said: “I was working on a nightclub door once and Prince Harry turned around and said: ‘You are so handsome,’ and I was like: ‘Thanks Harry, that’s very kind.’

“That same night Princess Eugenie walked in and I went: ‘Your cousin is in here,’ she was like: ‘Which one?’ and I said: ‘Harry.’ She walked in and slapped him on the [bleep] and security were like ahh but realised it was her cousin so it was all fine.”

Ollie then revealed a sweet moment between him and Princess Eugenie where he curled her eyelashes.

He said she came outside and asked him if his luscious eyelashes were “real”.

She then asked for tips, with Ollie admitting he curled the princess’s eyelashes with his own curler then and there!

Made in Chelsea is on E4 Mondays at 9pm.