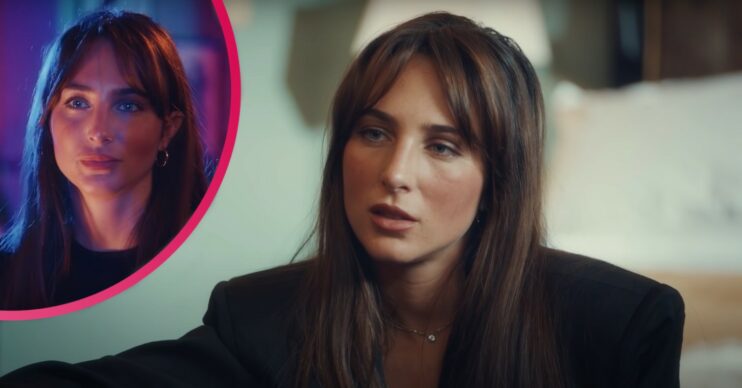 Made In Chelsea: Maeva has announced she is pregnant with James’ baby

Despite their rough past on Made In Chelsea, Maeva D’ Ascanio has announced that she is pregnant and expecting her first child with James Taylor.

The MIC couple have revealed that their baby is due in November, just weeks after they got engaged.

Here’s everything we know about Maeva and James’ baby news!

James and Maeva announce that they are expecting

Not long ago on Made In Chelsea, Maeva was in tears after her boyfriend James turned down her marriage proposal.

Now within the span of just weeks, Maeva has announced that she is engaged and expecting a baby with the love of her life James Taylor.

The reality star shared the exciting pregancy news on her Instagram.

She captioned the post: “I’m so excited to finally share all of the details about James’ surprise proposal, including a look at my gorgeous ring.

Maeva also told Hello! Magazine: “All my dreams are coming true at the same time. I still don’t believe it!

“It’s all amazing- I just want to enjoy it all as much as I can.”

Meanwhile her fiancé James said: “We are more excited every day.

“My dad told me that, when he had his first child, he never thought he could love something so much.

“And I’m starting to get an inkling of that feeling as this baby growing in Maeva’s tummy is pretty special.”

Made In Chelsea stars James and Maeva are engaged

Maeva’s exciting baby news comes just weeks after she announced that they are engaged.

“I can’t believe I am actually engaged!” Maeva gushed to Hello! Magazine.

“Being engaged to the man of my dreams is amazing. It’s a different love, it’s stronger, it’s deeper. I feel safe.”

James added: “It feels like I have everything I have ever wanted. I now have that secure feeling that this is my woman forever.”

Read more: The Staircase: Are Sophie Brunet and Michael Peterson still in a relationship?

The romantic proposal took place in Italy, during a trip to Rome.

Maeva recalled throwing a coin into famous Trevi Fountain and making a wish that her boyfriend of three years, James, would propose.

She said: “I did my wish which was, ‘I really hope that James is going to propose to me soon’.

“And then I opened my eyes and he was there on one knee. I was thinking, ‘Wow this is it! Is this real?’ it was everything I ever wanted.”